Surgical masks were widely used during the Covid-19 pandemic. To assess their effectiveness in real time, scientists at Mines Saint-Étienne have developed a smart mask, a device that collects data on the humidity of the mask and the wearer’s respiration.

Moisture retention is often considered a factor that reduces mask filtration. For example, the WHO recommends changing a mask when it becomes damp, but the effects of humidity on mask filtration efficiency are not well known. To understand these effects, the “Bioelectronic Textiles” research group at Mines Saint-Étienne is carrying out research using smart surgical masks, which “will improve our understanding of the protective equipment we use every day”, says Esma Ismailova, a researcher in Bioelectronic Textiles at Mines Saint-Étienne.

The smart mask that she and her team have developed is fitted with a sensor that detects water condensation deposited on the mask by the wearer and calculates the level of dampness. The sensor contains electrodes that detects droplets and generates a current which it sends to an external device. This device in turn transmits the data to a computer to which it is connected via Bluetooth. The data is then analyzed by a program that determines the different humidity levels.

The micrometer-sized sensor is printed on the mask filter just in front of the mouth. It is so thin “that you can’t even tell it’s there. It’s a non-invasive device and does not obstruct breathing,” says Esma Ismailova. The material used is an organic semi-conducting synthetic polymer called PEDOT:PSS, which can be printed on textiles in thin layers. It is an organic, biodegradable material, making it compatible with a “green approach to creating new electronic devices”, explains Esma Ismailova. The research project is funded by the French National Research Agency (ANR) through the ANR JCJC Orgtex project.

Data on humidity and respiration

The device that receives the data from the sensor “is clipped to the mask and contains a battery and a transmitter to send the data on,” says the researcher. The scientists at Mines Saint-Étienne soon realized that the signals on humidity provided data for analyzing the wearer’s respiration. The sensor “measures electrical variations between two electrodes, which detect respiratory movements and measure mask humidification,” explains the researcher. The precision of this sensor is so great that the humidity variations it detects during physical exercise make it possible to determine the respiratory rate based on peaks corresponding to each inhalation or exhalation.

For example, frequency measurements make it possible to detect anomalies that might indicate a pathology or a psychological problem such as stress. “Some respiratory infections affect the frequency of exhalation and can be characteristic of specific pathologies such as asthma or an allergy,” says Esma Ismailova. However, they cannot “diagnose illnesses such as Covid-19. It is not a biosensor that can distinguish between types of infections,” she says. It is a remote monitoring device for preventive or post-therapeutic care. The combination of these two types of information – the level of protection of the mask and respiration – opens avenues for the development of personalized everyday hygiene and health practices. The project is supported by the European H2020 project “Biosensing with Organic Electronics”, which Mines-Saint-Étienne is also involved with.

In the future, the team’s research could focus on FFP2 masks, which are widely used by front-line healthcare workers. The idea would be to use the sensors on the masks to assess the wearer’s health, given that they are greatly exposed to diseases. “While collecting data on healthcare workers’ breathing, it would be interesting to test solutions to detect fatigue or stress, two health conditions that impact breathing,” says Esma Ismailova. The applications primarily concern the field of e-health, which aims to determine the state of health of individuals through information and communication technology. For the moment, however, the smart masks are research tools and are not intended for commercialization. “This first proof of concept is intended to produce efficient, inexpensive solutions for rapid response during a crisis or pandemic,” concludes Esma Ismailova. 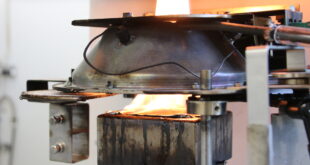 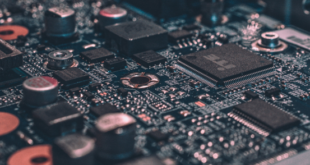 Side Channel Attacks: How to exploit vulnerabilities of processors?