The crane: a familiar subject for Control Theory researchers, and a focus of Pierre Rouchon’s work.
Partager

Pierre Rouchon, a researcher at Mines ParisTech, is interested in the control of systems. Whether it be electromechanical systems, industrial facilities or quantum particles, he works to observe their behavior and optimize their performance. In the course of his work, he had the opportunity to work with the research group led by Serge Haroche, winner of the 2012 Nobel Prize in Physics. On November 21st, Pierre Rouchon was awarded the Grand Prix IMT-Académie des Sciences at an official ceremony held in the Cupola of the Institut de France.

From the beginning, you have focused your research on control theory. What is it?

Pierre Rouchon: My specialty is automation: how to optimize the control of dynamic systems. The easiest way to explain this is through an example. I worked on a problem that is well known in mobile robotics: how to parallel park a car hauling several trailers. If you have ever driven a car with a trailer in reverse, you know that you intuitively take the trajectory of the back of the trailer as the reference point. This is what we call a “flat output”; together, the car and trailer form a “flat system” for which simple algorithms exist for planning and tracking the trajectories. For this type of example, my research showed the value of controlling the trajectory of the last trailer, and developing efficient feedback algorithms based on that trajectory. This requires modelling — or, as we used to say, expression through equations — for the system and its movements.

What does this type of research achieve?

PR: It reduces the calculations that need to be made. A crane is another example of a flat system. By taking the trajectory of the load carried by the crane as the flat output, rather than the crane’s arm or hoisting winch, much fewer calculations are required. This leads to the development of more efficient software that assists operators in steering the crane, which speeds up their handling operations.

This seems very different from your current work in physics!

PR: What I’m interested in is the concept of feedback. When you measure and observe a classical system, you do so without disturbing it. You can therefore make a correction in real time using a feedback loop: this is the practical value of feedback, which makes systems easier to run and resistant to the disturbances they face. But in quantum systems, you disturb the system just by measuring it, and you therefore have an initial feedback due to the measurement. Moreover, the controller itself can be another quantum system. In quantum systems, the concept of feedback is therefore much more complex. I began studying this with one of my former students, Mazyar Mirrahimi, in the early 2000s. In fact, in 2017 he received the Prix Inria-Académie des Sciences Young Researcher Prize, and we still work together.

What feedback issue did you both work on in the beginning?

PR: When we started, we were taking Serge Haroche’s classes at the Collège de France. In 2008, we started working with his team on the experiment he was conducting. He was trying to manipulate and control photons that were trapped between two mirrors. He had developed very subtle “non-destructive” measures for counting the photons without destroying them. He earned a Nobel Prize in 2012 for his work. Along with Nina Amini, who was working on her thesis under our joint supervision, Mazyar and I first worked on the feedback loop that in 2011 made it possible to stabilize the number of photons around a setpoint, a whole number of several units.

PR: Yes, we are seeking to develop mathematical systematic methods for designing feedback loops with a hybrid structure: the first part of the controller is conventional, whereas the second part is a quantum system. To design these methods, we rely on superconducting quantum circuits. These are electronic circuits with quantum behavior at a low temperature, which are currently the object of much study. They are controlled and measured by radio frequency waves in the gigahertz range, which propagate along coaxial cables. We are currently working with experimenters to develop a quantum logic bit (logical qubit), which is one of the basic components of the famous quantum computer that everyone is working towards!

Is it important for you to have practical and experimental applications for your research?

PR:  Yes. It is important for me to have direct access to the problem I’m studying, to the objective reality shared by the largest possible audience. Working on concrete issues, with a real experiment or a real industrial process enables me to go beyond simulations and better understand the underlying mathematical methods. But it is a daunting task: in general, nothing goes according to plan. When I was working on my thesis, I worked with an oil refinery on controlling the quality of distillation columns. I arrived at the site with a floppy disk containing a Fortran code for a control algorithm tested through laboratory simulations. The engineers and operators on-site said, “Ok, let’s try it, at worst we’ll pour into the cavern”. The cavern was used to store the non-compliant portion of the product, to be reprocessed later. At first, the tests didn’t work, and it was awful and devastating for a theoretician. But when the feedback algorithm finally started working, what a joy and relief! 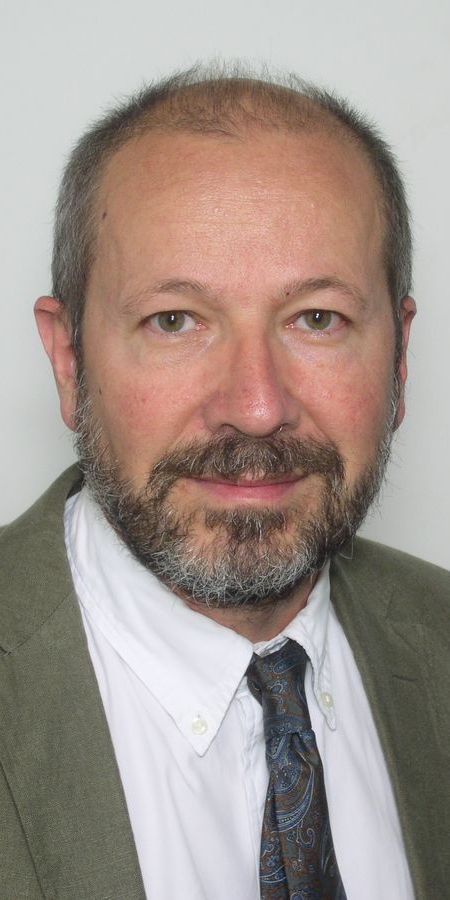 Pierre Rouchon, 57, is a professor at Mines ParisTech, and the director of the school’s Mathematics and Systems Department. He is a recognized specialist in Control Theory. He has made major scientific contributions to the three major themes of this discipline: flat systems in connection with trajectory planning, quantum systems and invariant asymptomatic observers.

His work has had, and continues to have, a significant impact on a fundamental level. It has been presented in 168 publications, cited 12,000 times, and been the subject of 9 patents. His work has been further reinforced by industrial collaborations, through which concrete and original solutions have been created. Examples include Schneider Electric’s order for electric engines, developing cryogenic distillation of air for Air Liquide and regulating diesel engines to reduce fine particle emissions with IFP and PSA.