Julien Bras: nature is his playground

Each year, nature produces billions of tons of cellulose. Julien Bras is determined to demonstrate the wealth this resource has to offer.
Partager

Cellulose is one of the most abundant molecules in nature. At the nanoscale, its properties allow it to be used for promising applications in several fields. Julien Bras, a chemist at Grenoble INP, is working to further develop the use of this biomaterial. On November 21st he received the IMT-Académie des Sciences Young Scientist Prize at the official awards ceremony held in the Cupola of the Institut de France.

Why develop the use of biomass?

Julien Bras: When I was around 20, I realized that oil was a resource that would not last forever, and we would need to find new solutions. At that time, society was beginning to become aware of the problems of pollution in cities, especially due to plastics, as well as the dangers of global warming. So I thought we should propose something that would allow us to use the considerable renewable resources that nature has to offer. I therefore went to an engineering school in chemistry on developing the use of agro-resources, and then did a thesis for Ahlstrom on biomaterials.

What type of biomaterials do you work with?

JB: I work with just about all renewable materials, but especially with cellulose, which is a superstar in the world of natural materials. Nature produces hundreds of billions of tons of this polymer each year. For thousands of years, it has been used to make clothing, paper, etc. It is very well known and offers numerous possibilities. Although I work with all biomaterials, I am specialized in cellulose, and specifically its nanoscale properties.

What makes cellulose so interesting at the nanoscale?

JB: There are two major uses for cellulose at this scale. We can make cellulose nanocrystals, which have very interesting mechanical properties. They are much more solid than glass fibers, and can be used, for example, to reinforce plastics. And we can also design nanofibers, which are longer and more flexible than the crystals, which are easily tangled. This makes it possible to make very light, transparent systems covering a large surface. In one gram of nanofiber, the available surface area for exchange can reach up to two hundred square meters.

In which industry sectors do we find these forms of nanocellulose?

JB: For now, few sectors really use them on a large scale. But it’s a material that is growing quickly. We do find nanocellulose in a few niche applications, such as composites, cosmetics, paper and packaging. Within my team, we are leading projects with a wide variety of sectors, to make car fenders, moisturizer, paint, and even bandages for the medical sector. This shows how interested manufacturers are in these biomaterials.

Speaking of applications, you helped create a start-up that uses cellulose

JB: Between 2009 and 2012, we participated in the European project Sunpap. The goal was to scale-up cellulose nanoparticles.  The thesis conducted as part of this project led us to file 2 patents for cellulose powders and functionalized nanocellulose. We then embarked on an adventure to create a start-up called Inofib. As one of the first companies in this field, the start-up significantly contributed to the industrial development of these biomaterials. Today, the company is focused on developing specific functionalization and applications for cellulose nanofibers. It is not seeking to compete with other major players in this field, who have since begun working on nanocellulose with European support, rather it seeks to differentiate itself through its expertise and the new functions it offers.

Can nanocellulose be used to design smart materials?

JB: When I began my research, I was working separately on smart materials and nanocellulose. In particular, I worked with a manufacturer to develop conductive and transparent inks for high-quality materials, which led to the creation of another start-up: Poly-Ink. As things continued to progress, I decided to combine the two areas I was working on. Since 2013, I have been working on designing nanocellulose-based inks, which make it possible to create flexible, transparent and conductive layers to replace, for example, layers that are on the screens of mobile devices.

In the coming years, what areas of nanocellulose will you be focusing on?

JB: I would like to continue in this area of expertise by further advancing the solutions so that they can be produced. One of my current goals is to design them using green engineering processes, which limit the use of toxic solvents and are compatible with an environmental approach. Then I would like to increase their functions so that they can be used in more fields and with improved performance. I really want to show the interest of developing nanocellulose. I need to keep an open mind, so I can find new applications. 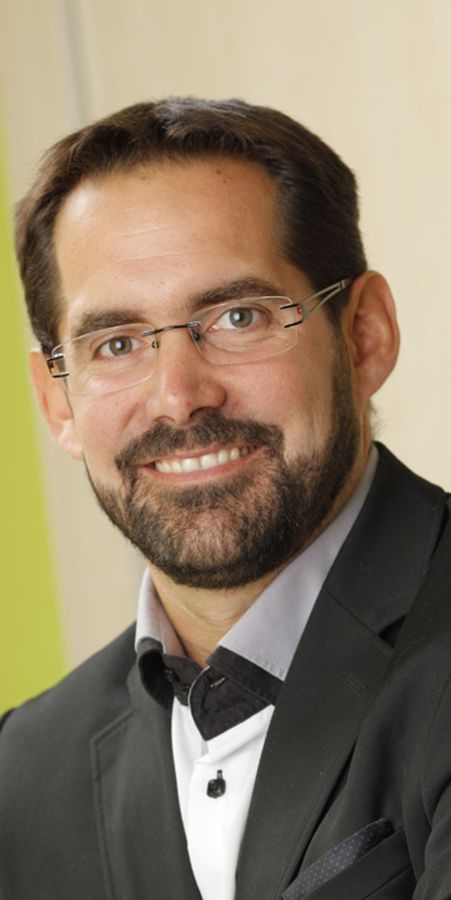 Julien Bras, 39, has been an associate research professor at Grenoble INP- Pagora since 2006, as well as deputy director of LGP2 (Paper Process Engineering Lab). He was previously an engineer in a company in the paper industry in France, Italy and Finland. For over 15 years, Julien Bras has been focusing his research on developing a new generation of high-performance cellulosic biomaterials and developing the use of these agro-resources.

The industrial aspect of his research is not restricted to his collaborations as it also extends to the 9 registered patents and in particular, the founding of two spin-offs to which Julien Bras contributed. One is specialized in producing conductive and transparent inks for the electronics industry (Poly-Ink), and the other is specialized in producing nanocellulose for the paper, composite and chemical industries (Inofib).