Until 7th January 2018, la Cité des Sciences et de l’Industrie is hosting the Terra Data exhibition. It offers the opportunity to demystify all things ‘data’, from generation to use. The exhibition is divided into four parts, and progressively develops what data is and where it is leading us. Stephan Clémençon, a researcher at Télécom ParisTech, participated in putting the exhibition together, in his role as a scientific advisor.

Just like Alice, we fell down the rabbit hole and discovered a strange new world: data. One rainy Friday, the team at I’MTech passed through the doors of the Cité des Sciences et de l’Industrie in Paris and stumbled across the temporary Terra Data exhibition. After having our faces scanned at the entrance, we were plunged into a whole new world. What was it? The inside of our computer, the cloud or the Internet? Surrounded by four walls covered in mirrors, our new environment had an infinite feel to it. At its heart, there were some thirty backlit tables, each color representing a theme such as pixels, and each containing a piece of information. At table number 1, Serge Abiteboul, director of research at Inria and scientific curator of the exhibition, kicked things off with a video message. 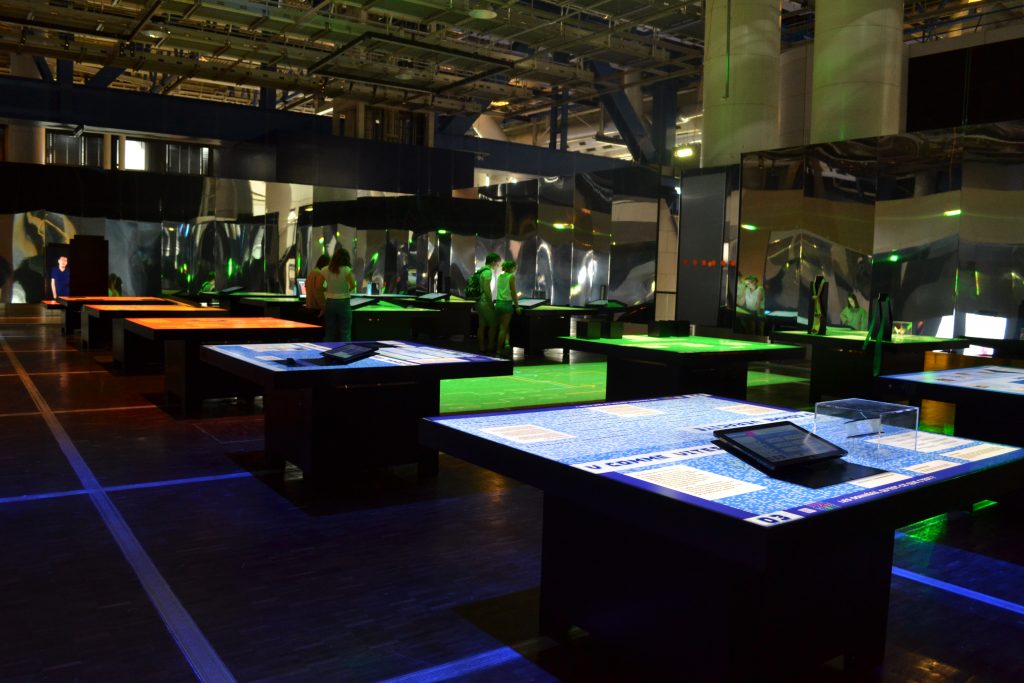 Understanding the issues through games

The visit was full of explanations and hands-on activities. Designed to be educational, the exhibition progressively introduces the visitor to the world of data. But what do they mean? A photograph, the film you watched last night, your shopping list… data are everywhere in our daily lives. Regardless of what form they take, they represent information. From the days of Sumerian tablets to the big data of today, data have grown exponentially. Visitors can also observe the incredible amount of data produced per second on social media. But how can we process all this data?

This is where algorithms come in to it. There’s nothing complicated about them, we use them every day without even noticing. Visitors can then try out an algorithm for themselves, by tying a tie. Are you more of a simple knot or a half-Windsor kind of person? In either case, the aim is to show that an algorithm is nothing more than a series of simple tasks. Other uses are then presented, in particular in the context of computing. Algorithms allow search engines to index data. As Françoise Soulié-Fogelman from Tianjin University in China explained, they create deep learning techniques, allowing artificial intelligence to learn to play chess, for example. They are also behind facial recognition technology.

Uses and developments of data

“We’re entering a world where we no longer know exactly what a piece of data means” begins the Political Science sociologist, Dominique Cardon, in a video introducing the theme: “What does all this data actually change?” “Data is just a simple trace which we don’t really know the meaning of”, she adds. This isn’t necessarily good or bad. It all depends on the resulting usage. From studying climate to neuroscience, data affect all areas of scientific research. They are responsible for the evolution of various occupations such as data journalism, as well as leading to the creation of new professions such as  data scientists. These jobs are based around extracting the relevant parameters from these masses of information. In this way, a 3D video represents the reconstruction of an area in Venice between 950 and 1986. This visualization was made possible following the digitalization of archives.

Following on from these vestiges of the past, the modern man leaves digital traces through cookies or Wi-Fi, that is, their personal data. Information lost in the web can be collected through our connections and recorded without us even knowing. CNIL advises visitors about how to better protect their digital information.

Going beyond direct usage, data are changing the way society functions. Another video presents the concept of algorithmic intermediation, which is how web giants (i.e. Google, Apple, Facebook, Amazon) eliminate intermediaries between the client and the supplier through digital platforms. On the one hand, this horizontal communication puts all individuals on the same level. On the other, it encourages the constant assessment of others.

Data collected in this way for a website can then be sold on to other platforms. This contributes to the creation of a digital identity which sticks with us and leads us to wonder about the protection of this information. So, where is data leading us? Most likely towards a system without borders which still remains to be defined. 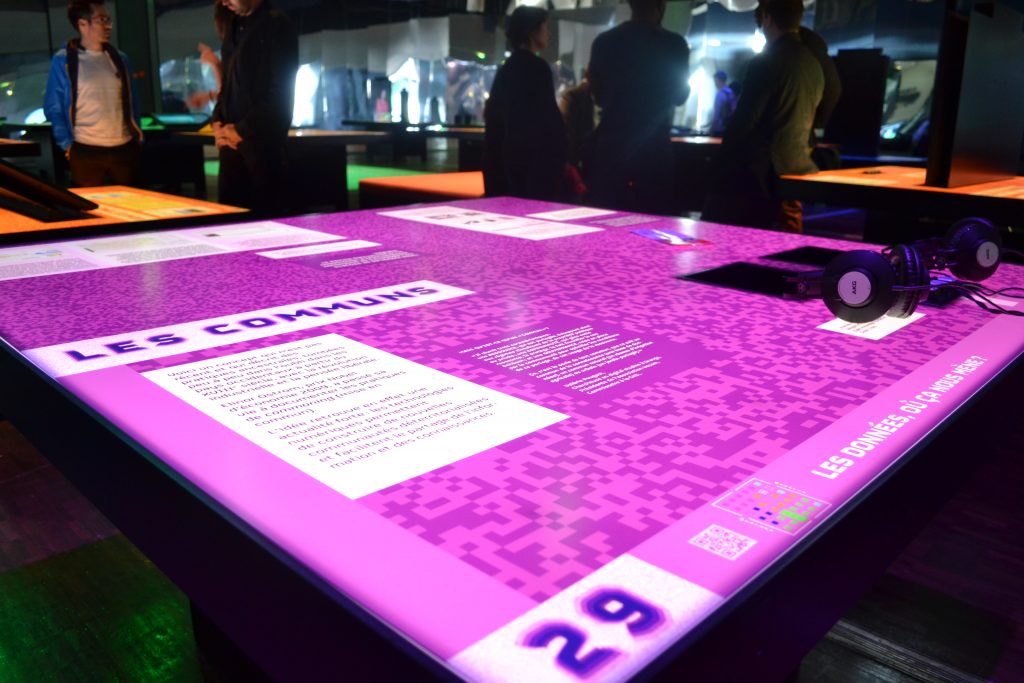 The Terra Data exhibition enjoyed a wide range of expertise from sociologists and even experts in machine learning. The scientific advisors benefitted from the knowledge of the researchers and other key figures such as Serge Abiteboul from Inria and Isabelle Falque-Pierrotin from CNIL. To find out more about the role of a scientific exhibition advisor, Stephan Clémençon from Télécom ParisTech gives us details here.

To go further, we recommend you:

What is Big Data?

What is machine learning?

Personal data: How the GDPR is changing the game in Europe