Today, the ideals of success cover multiple areas of society, such as work, cinema, and personal life. In his book Le Nouvel Héroïsme, Olivier Fournout, a sociologist and semiologist at Télécom Paris, analyzes the conditions that have allowed the emergence of a model of success that is riddled with paradoxes.

A hero is a someone capable of bravery; of feats that reveal extraordinary courage. That is the dictionary definition, in any case. Another dictionary entry defines a hero as an individual worthy of public esteem, for their strength of character, their genius, and total dedication to their work or cause. In terms of fiction, it relates to mythology; to legendary characters who accomplish great feats. The term can also refer to literary, dramatic and cinematographic works.

According to Olivier Fournout, a researcher in Sociology at Télécom Paris, the modern approach to the hero intersects all these definitions. In our society, a hero can be Arnaud Beltrame, the policeman who saved a hostage and defended republican values. At the singer’s funeral, Emmanuel Macron proclaimed that Johhny Hallyday was also a hero – a star who conveyed an imaginary of rebellion and freedom. It was Emmanuel Macron who then declared: “We must return to political heroism” in an interview in August 2017. “Right now, on the roads of France,” reports Olivier Fournout, “there are Carrefour delivery trucks with the slogan, ‘Thank you, heroes’ written on the side, and a photo of the supermarket’s employees”. For the sociologist, “the common use of the word hero to refer to such different people calls our most contemporary modernity into question”.

The matrix of heroism

The heroic model can be found in a myriad of paradoxical orders which seem appropriate to the present time, and are found in extremely diverse and heterogeneous fields. The whole imaginary of the tragic hero is found in paradoxes that abound today on a multitude of levels. According to the discourses and images in broad circulation, in order to be a hero today, one has to be both “with others and against others, respect the frameworks and shatter them, and to be good, both on the outside and in one’s inner dimension,” argues Olivier Fournout, based on numerous pieces of evidence. Individuals are pushed to strive for this ideal either by myths, or by examples with real people like bosses and artists.

The difficulty lies in having to be empathetic while also being in competition. The researcher illustrates this in his book Le Nouvel Héroïsme with a Nike advertisement that portrays a young hockey player who knocks over garbage cans in the street, slams doors in people’s faces, and destroys walls by hitting pucks at them. Yet he also carries a disabled person up the stairs. Here we see both violence and a concern for others in everyday life. “This must be seen both as a notion of empowerment, that can be positive for individuals, and an endangerment. This duality that characterizes the complexity of the matrix of heroism is what I analyze in my book,” explains Olivier Fournout.

“The pressure on individuals to succeed and to constantly surpass themselves can give rise to psychosocial risks such as burnout or depression,” says the sociologist. To strive for this heroic model that is presented as an ideal, a person can overwork themself. The difficulty in managing paradoxes like cooperation and competition with those in one’s milieu can lead an individual to endure psychological or cognitive stress. The discourse of surpassing oneself creates difficulties for people. Furthermore, the pressure weighing on each person is accompanied by a call for training or self-training, with the promise of an “increase in skills of self-expression, of creativity, and of management of social relations,” Olivier Fournout believes.

To describe the matrix of heroism, which he also calls the “matrix of paradoxical injunctions”, the sociologist used more than 200 treaties on management and personal growth, advertisements, news articles portraying bosses, and a corpus of 500 Hollywood-style movies. The goal was to show the common structure of these extremely diverse fields. “Even though the word hero comes from cinema, I have seen it used by professors and consultants in the United States to illustrate management theories,” says the researcher.

In his book, Olivier Fournout indicates that the establishment of a dominant imaginary in our media spaces must first be incarnated into as wide a range of characters as possible. In the case of new heroism, this could be Arnaud Beltrame or Johnny Hallyday, but could also be representatives of Generation Z or the Start-up Nation, activists, or even a Sunday mountain biker. This imaginary must then be placed in a game of distorting mirrors in very heterogeneous universes, such as the world of work, individuals’ privacy, and great Hollywood myths. Thirdly, the matrix must be stabilized in the dominant editorial forms. In the end, the imaginary must pass through ‘portrait galleries’, i.e. role models conveyed in the press or in the world of management. These could be soccer players, artists, big bosses, or everyday heroes.

Olivier Fournout uses a theatrical metaphor to articulate this. He speaks of scenes and counter-scenes to illustrate the succession of public and private moments, of great, exceptional feats, and heroism for everyone in everyday life. He thus highlights its heterogeneity, which forms part of the foundation of the heroic model. The sociologist uses the example of Shakespeare’s theater, which, in its historical plays, invites the spectator to observe the great official parades of power and to take a look behind the scenes. Some scenes portray the grand speeches of the future King Henry V, while others draw the spectator into the life of this Prince who, before becoming King, lived in taverns with thieves. “What I call counter-scenes are the gray areas, the sequences that are less official than those that take place in the spotlight,” says the researcher.

Applied to the professional world, counter-scenes refer to the personal investment in one’s work, everything related to, for example, passion, sweat, or emotions such as fear in the face of risks or changes. The scenes, on the other hand, portray the performance in social roles with a control over the outward signals that one conveys. “Another metaphor that can illustrate this heterogeneity of the scenes and counter-scenes is that of forging and counter-forging. When blacksmiths forge, they strike the metals to shape them, but they also hold back their blows at times to regain momentum, which they call counter-forging,” says Olivier Fournout.

A model that covers different spheres

“In my corpus, there are management books written by professors from Harvard and MIT (Massachusetts Institute of Technology). These universities have a great power of dissemination that facilitates the propagation of an imaginary such as that of new heroism,” says the researcher. These universities also have a porosity with the world of consultants who participate in the writing of bestsellers in this field.

But universities and businesses are not the only environments covered by the heroic model. During the Covid-19 pandemic, Camille Étienne, an environmental activist, made a clip in which she referred to citizens as ‘heroes in pyjamas’, regarding the reduction in pollution. The matrix of success is highly malleable and is able to prepare for the world of tomorrow. This power of metamorphosis has been theorized by sociologists Ève Chiapello and Luc Boltanski in their work Le Nouvel Esprit du Capitalisme (The New Spirit of Capitalism). The strength of capitalism is to incorporate criticism in order to remain in a state of constant innovation. This could also apply to the model of new heroism. “Among the paradoxical orders of the modern hero is the lesson to follow rules and to break them. A bestselling management book advises: ‘Firstly, break all the rules’ – but of course, when you look closely, it is not all the rules. The art of the hero is there, hanging in a precarious balance, which can border on the tragic in times of crisis,” concludes Olivier Fournout. 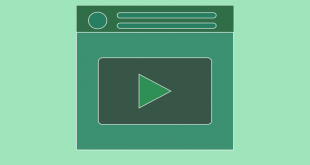