Telecommunications must transport data at an ever-faster pace to meet the needs of current technologies. But this data can be voluminous and difficult to transport at times. Communication channels are congested and transmission limits are reached quickly. Marios Kountouris, a telecommunications researcher at EURECOM, has recently received ERC funding to launch his SONATA project. It aims to shift the paradigm for processing information to speed up its transmission and make future networks more efficient.

“We are close to the fundamental limit for transmitting data, from one point to another,” explains Marios Kountouris, a telecommunications researcher at EURECOM. Most of the current research in this discipline focuses on how to organize complex networks and on improving the algorithms that optimize these networks. Few projects, however, focus on improving the transfer of data between transmitters and receivers. This is precisely the focus of Marios Kountouris’ SONATA project, funded by a European ERC consolidator grant.

“Telecommunications are generally based on Shannon’s information theory, which was established in the 1950s,” says the researcher. In this theory, a transmitter simply sends information through a transmission channel, which models it and transfers it to a receiver which then reconstructs it. The main obstacle to get around is the noise accompanying the signal when it passes through the transmission channel. This constraint can be overcome by algorithm-based signal processing and by increasing throughput. “This usually takes place in the same way, regardless of the message being transmitted. Back in the early days, and until recently, this was the right approach,” says the researcher.

Today, there is an increasing amount of communication between machines that reason in milliseconds. “Certain messages must be transmitted quickly or they’re useless,” says Marios Kountouris. For example, in the development of autonomous cars, if the message collected relates to the detection of a pedestrian on the road so as to make the vehicle brake, it is only useful for a very short period of time. “This is what we call the age, or freshness of information, which is a very important parameter in some cases,” explains Marios Kountouris.

Yet, most transmission and reconstruction is slowed down by surplus information accompanying the message. In the previous example, if the system for detecting pedestrians is a camera that captures images with details about all the surrounding objects, a great deal of the information in the transmission and processing will not contribute to the system’s purpose. For the researcher, “the sampling, transmission and reconstruction of the message must no longer be carried out independently of another. If excess, redundant or useless data accompanies this process, there can be communication bottlenecks and security problems.”

The semantics of messages

For real-time communication, the semantics of the message  — its meaning and usefulness— take on particular importance. Semantics make it possible to take into account the attributes of the message and adjust the format of its transmission depending on its purpose. For example, if a temperature sensor is meant to activate the heating system automatically when the room temperature is below 18° C, the attribute of the transmitted message is simply a binary breakdown of temperature: above or below 18°C.

Through the SONATA project, Marios Kountouris seeks to develop a new communication paradigm that takes the semantic value of information into account. This would make it possible to synchronize different types of information collected at the same time through various samples and make more optimal decisions. It would also significantly reduce the volume of transported data as well as the associated energy and resources required.

“The success of this project depends on establishing semantic metrics that are concrete, informative and traceable,” explains the researcher. Establishing the semantics of a message means preprocessing sampling by the transmitter depending on how it is used by the receiver. The aim is therefore to identify the most important, meaningful or useful information in order to determine the qualifying attributes of the message. “Various semantic attributes can be taken into account to obtain a conformal representation of the information, but they must be determined in advance, and we have to be careful not to implement too many attributes at once,” he says.

The goal, then, is to build communication networks with key stages for processing the semantics associated with information. First, semantic filters must be used to avoid unnecessary redundancy when collecting information. Then, semantic preprocessing must be carried out in order to associate the data with its purposes. Signal reconstruction by the receiver would also be adapted to its purposes. All this would be semantically-controlled, making it possible to orchestrate the information collected in an agile way and reuse it efficiently, which is especially important when networks become more complex.

This is a new approach from a structural perspective and would help create links between communication theory, sampling and optimal decision-making. ERC consolidator grants fund high-risk, high-reward projects that aim to revolutionize a field, which is why SONATA has received this funding. “The sonata was the most sophisticated form of classical music and was pivotal to its development. I hope that SONATA will be a major step forward in telecommunications optimization,” concludes Marios Kountouris. 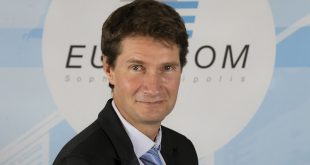 GDPR: Impact on data collection at the international level 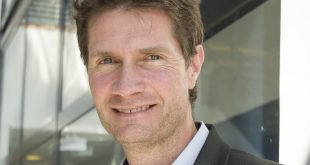 PERFUME: a scent of cooperation for the networks of the future