What is energy? What is power? Roland Lehoucq, an astrophysicist at CEA and professor at École Polytechnique and Sciences Po, uses Science Fiction to help explain scientific principles to the general public. Star Wars, Interstellar, The Martian… These well-known, popular movies can become springboards for making science accessible to everyone. During his conference on “Energy, Science and Fiction” on December 7th at IMT Mines Albi, Roland Lehoucq explained his approach to popularizing science.

What approach are you taking for this conference on “Energy, Science and Fiction”? How do you use science fiction to study science?

The goal of this conference is to use science fiction as a springboard for talking to the general public about science. I chose the cross-cutting theme of energy and used several science fiction books and movies to talk about the topic. This drives us to ask questions about the world we live in: what prevents us from doing the things we see in science fiction? This question serves as a starting point for looking at scientific facts: explaining what energy and power are, providing some of the properties and orders of magnitude, etc. In general, the fictional situations involve levels of energy and power that are so significant that, for now, they are beyond our reach.  Humanity does have a great deal of energy within its grasp, which is why it has been able to radically transform planet Earth. But will this abundance of energy last? Will we someday reach the levels we see in science fiction? I’m not so sure!

My approach is actually the same as that of science fiction. It dramatizes scientific and technical progress and is designed to make us think about the consequences of these developments. This can apply to energy, genetics, artificial intelligence, robots, etc. It involves questioning reality, but it has no qualms about distorting the facts make a more appealing story. Works of fiction pay no attention to significant scientific facts, choosing to happily ignore certain physical laws, yet this is not truly a problem. It does not affect the works’ narrative quality, nor does it change the questions they raise!

Does this type of approach allow you to reach a wider audience? Do you see this at your speaking events?

I don’t know if I am reaching a wider audience, but I do see that those in the audience, both young and old, are delighted to talk about these subjects. I use some of the best-known films, although they are not necessarily the most interesting ones from a scientific point of view. While Star Wars does not feature a lot of high-level thinking, it is nevertheless full of content, including energy, which can be analyzed scientifically. For example, we can estimate the Jedis’ power in terms of watts and rank them. My approach is then to say: let’s imagine this really exists, let’s look at the information we can draw from the film and, in return, what we can learn about our world. Young people respond positively since I use things that are part of their culture. But it works well with other generations too!

What led you to share scientific culture using science fiction as the starting point?

I have loved science since I was 6 years old. I started reading science fiction when I was 13. Then I taught about science as a group leader at astronomy camps from the age of 17 to 23. I have always enjoyed learning things and then talking about the aspects I find to be the most interesting, amazing and wonderful! It comes naturally to me!

Then, in the early 2000s, I decided I wanted to share my knowledge on a larger scale, through books and articles. I quickly got idea of using fictional literature, comic strips and the cinema as a way of sharing knowledge. Especially since no one was doing it then! If you want to talk about astrophysics, for example, you have people like Hubert Reeves, Michel Cassé, Marc Lachièze-Rey and Jean-Pierre Luminet who are making this knowledge accessible. I did not want to repeat what they were already doing so well. I wanted to break away and do something different adapted to my tastes!

What advice would you give to researchers on improving how they share scientific culture?

Sharing scientific knowledge with others is not intuitive for researchers because it essentially involves making difficult choices of only saying what is most useful for the general public in a limited amount of time. Often researchers focus their life work, intelligence and efforts on a very limited topic.  Of course, researchers will want to talk about this area of expertise. But to understand the reasons that led the researcher to work in this area, the audience first needs certain prerequisites. And if these prerequisites are not provided, or are incomplete, the audience cannot understand the interest of the subject and the issues being discussed. It is therefore necessary to take the time to explain what researchers see as general information. Therefore, for one hour of a conference, forty-five minutes must be spent presenting the prerequisites and fifteen minutes spent explaining the field of research. This requires making a choice to serve the field, to take a back seat and avoid the “specialist syndrome”, which involves talking only about what the specialist sees as important, their 10 or 15 years of research. This is a legitimate approach, but by doing this researchers risk losing their audience!

They must also try to make science “friendly”. Science is often seen as something complicated, which requires great effort to be understood. As is often the case, a lot of work is needed to understand the subtleties of these subjects. Our job therefore consists of facilitating access to these areas, and the methods chosen will depend on each individual’s interests. Finally, we must show the general public that science is not an accumulation of knowledge, but an intellectual process, a methodology. We can therefore study science as an educational exercise, using things that are not purely scientific, such as science fiction! 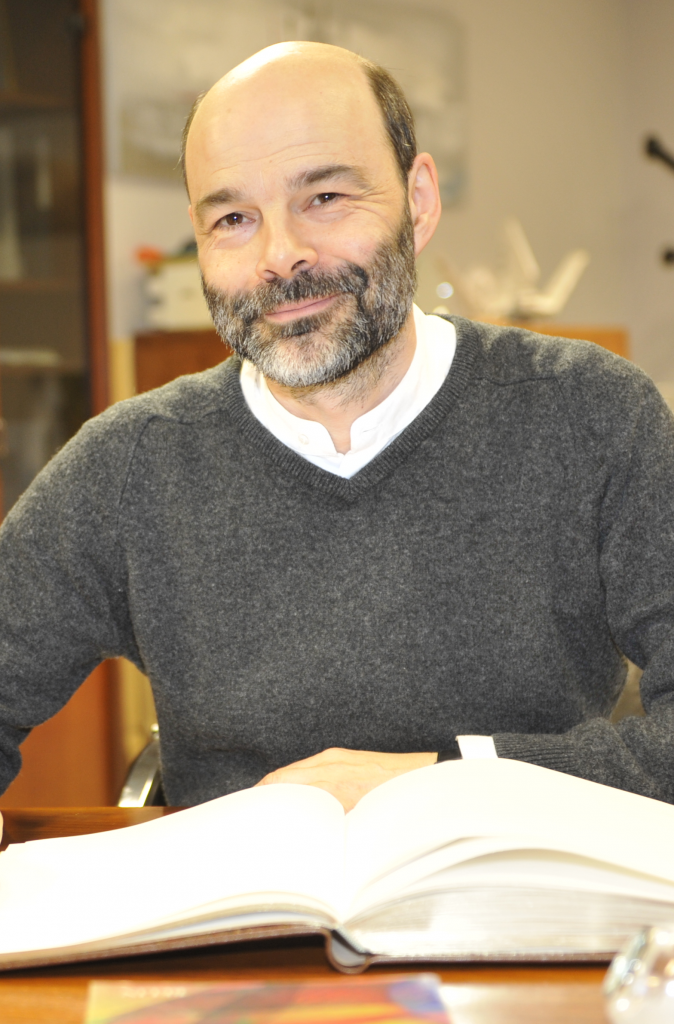 Associate Professor of Physics and former student of ENS, Roland Lehoucq is an astrophysicist at the CEA center at Paris-Saclay, and teaches at the Ecole Polytechnique and at the Institut d’Etudes Politiques de Paris. He has written numerous books for the popularization of science using the science fiction as the starting point, such as La SF sous les feux de la science and Faire de la Science avec Star Wars. He recently wrote a book on the dark ideas of physics, Les idées noires de la physique, published by Les belles lettres, in collaboration with Vincent Bontems, a philosopher of science, and illustrated by Scott Pennors. Black holes, dark matter, dark energy… This book looks at all these subjects through the eyes of an astrophysicist and a philosopher.