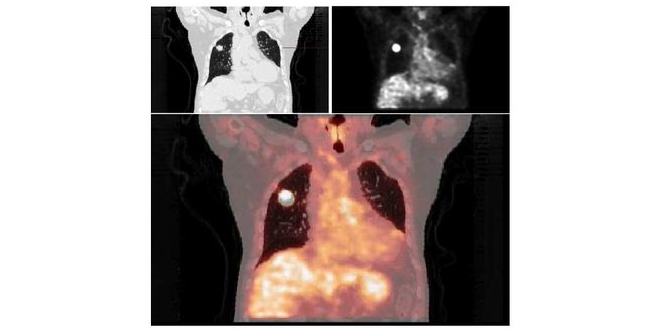 Reading and understanding computerized tomography (CT) or Magnetic Resonance Imaging (MRI) images is a task for specialists. Nevertheless, tools exist which may help medical doctors interpret medical images and make diagnoses. Treatment and surgery planning are also made easier by the visualization of the organs and identification of areas to irradiate or avoid. Isabelle Bloch, a researcher at Télécom ParisTech specialized in mathematical modeling of spatial relationships and spatial reasoning, is conducting research on this topic.

Mathematicians can also make contributions to the field of health. Developing useful applications for the medical profession has been a main objective throughout Isabelle Bloch’s career. Her work focuses on modeling spatial relationships in order to assist in interpreting medical images, in particular during the segmentation and recognition stages, which preceed the diagnosis stage. The goal of segmentation is to isolate the various objects in an image and locate their contours. Recognition consists in identifying these objects, such as organs or diseases.

In order to interpret the images, appearence (different grey levels, contrasts, gradients) and shape must be compared with prior knowledge of the scene. This leads to model-based methods. Since certain diseases can be particularly deforming, as is the case with some tumors in particular, Isabelle Bloch prefers to rely on structural information between the different objects. The shape of organs is subject to great variability even in a non-pathological context, therefore the way in which they are organized in space and arranged in relation to one another is much more reliable and permanent. This relative positioning between objects constitutes the used structural information.

Between mathematics and artificial intelligence

There are different types of spatial relationships, including information about location, topology , parallelism, distance, or directional positioning. In order to model these relationships, they must first be studied using anatomists’ and radiologists’ body of knowledge. Clinical textbooks and worksorks, medical ontologies, and web pages must be consulted. This knowledge, which is most often expressed in linguistic form, must be understood, then translated into mathematical terms despite its sometimes ambiguous nature.

Fortunately, “fuzzy sets” offer great assistance in modeling imprecise but deterministic knowledge. In this theory, gradual or partial membership of an object to a set can be modeled, as well as degrees of satisfaction of a relation. Fuzzy logic makes it possible to reason using expressions as imprecise as “at the periphery of,” “near,” or “between.” When applied to 3D sets in the field of imagery, fuzzy set theory allows for spatial reasoning, which means that objects and their relationships can be modeled in order to navigate between them and interpret, classify, and infer high-level interpretations or revise knowledge.

Research open to the outside world

IMAG2, a project undertaken jointly by Isabelle Bloch’s team and the Necker-Enfants Malades Hospital (radiology and pediatric surgery departments), is the subject of a PhD Isabelle has supervised since November 2015. The objective is to develop tools for 3D segmentation of MRI images, specifically dedicated to pelvic surgery. Since the involved diseases can be greatly deforming, the aim is to provide surgeons with a 3D view and enable them to navigate between objects of interest. By helping surgeons make a link with images acquired in advance and the surgical site they are to explore, these tools should also help improve surgical planning and allow for less invasive surgery, limiting disabilities and complications for the patient as much as possible.

WHIST Lab, the joint laboratory run by Institut Mines-Télécom and Orange is another example of collaborative research. Created in 2009, WHIST has led to numerous projects involving the interactions between electromagnetic waves and people. As part of this initiative, Isabelle Bloch’s team at Télécom ParisTech notably worked on designing digital models of human beings that are as realistic as possible. The WHIST Lab was the inspiration for the C2M chair, created on 17 December 2015  (see box below).

A chair for studying exposure to electromagnetic waves

The C2M Chair (Modeling, Characterization, and Control of Exposure to Electromagnetic Waves) was created on December 17, 2015 by Télécom ParisTech and Télécom Bretagne, in partnership with Orange. In an environment with increasing use of wireless communications, its objective is to encourage research and support the scientific and societal debate that has arisen from taking account of the possible health effects of the population’s exposure to electromagnetic waves. It is led by Joe Wiart, who ran the WHIST Lab with Isabelle Bloch at Télécom ParisTech and Christian Person at Télécom Bretagne. This chair is supported by Institut Mines-Télécom, Fondation Télécom, Orange and the French National Frequency Agency.

Close ties with the medical community

A fully-automatic process is a utopian dream. It is not a realistic goal to imagine developing mathematical models using information provided by anatomists, running algorithms on images submitted by radiologists, and sending results directly to surgeons. Designing models, methods and algorirhms require frequent interactions between Isabelle Bloch and medical experts (surgeons, anatomists, radiologists…). Additionally, the experimental part relies on carefully selected patient’s data, under the constraints of informed patient consent and data anonymization. Results from the different stages of segmentation must then be validated by medical experts.

There has been a positive outcome to these frequent interactions: the medical community has adopted these methods and, building upon the new possibilities, is in turn developing ideas for applications which would be useful within the field. New functions are thus expected to emerge in the future. 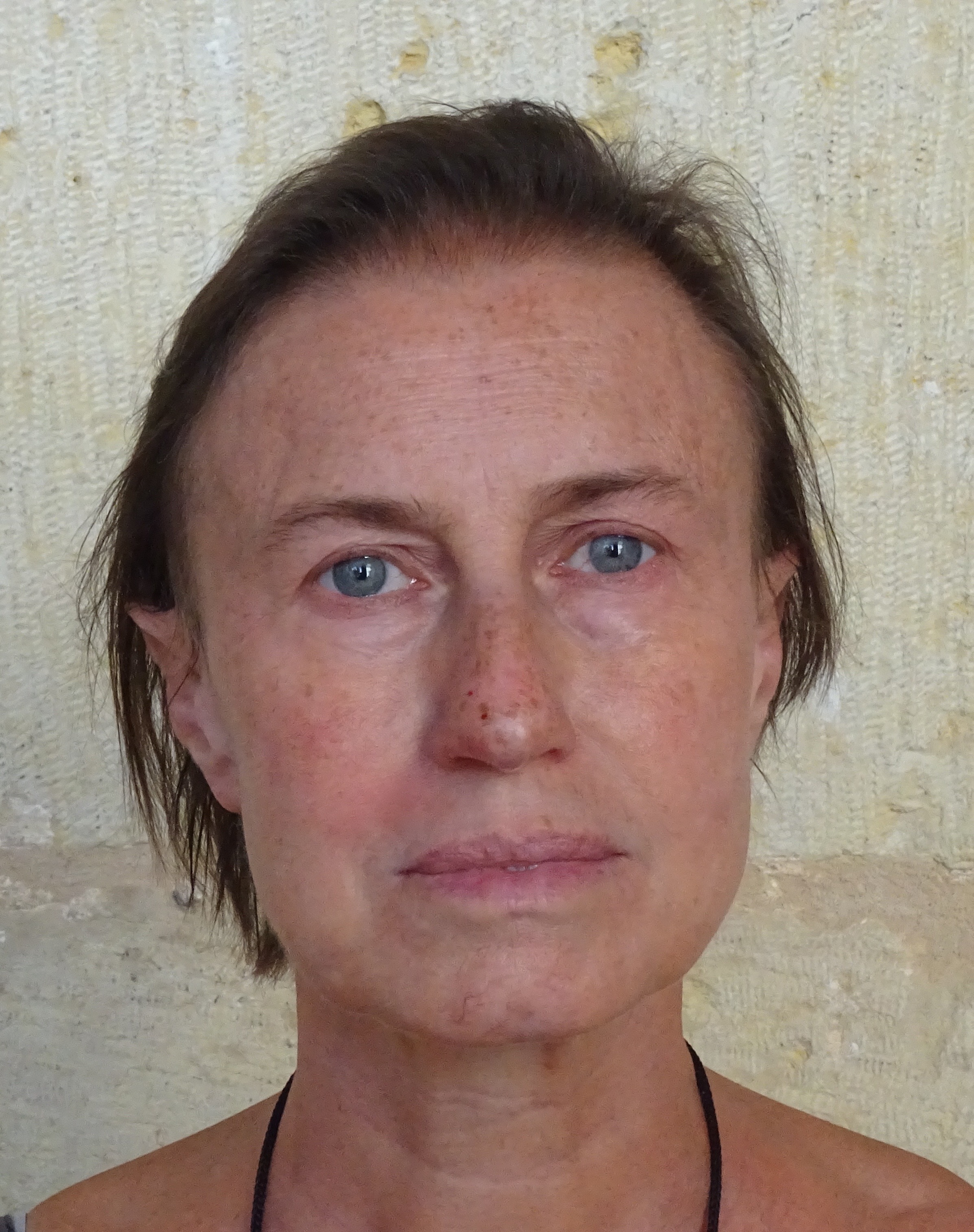 Isabelle Bloch, a mathematician in the land of medecine

Isabelle Bloch has been interested in medical imagery for a long time. First of all, while at Mines ParisTech Isabelle carried out her first work placement at the Lapeyronie Hospital in Montpellier, which had just acquired one of the first Magnetic Resonance Imaging (MRI) machines in France. Her second work placement then took her to the CHNO (Quinze-Vingts National Hospital Center of Ophthalmology), where she worked on brain imaging. She went on to earn a master diploma in Medical Imaging and a PhD in image processing. Today Isabelle is a professor at Télécom ParisTech, at LTCI (Information Processing and Communication Laboratory). Naturally, her teaching activities attest to this same loyalty. She teaches image processing and interpretation at Télécom ParisTech and in jointly-appointed IT masters programs with UPMC (where she is the co-coordinator of the Images Specialization) and at Université Paris-Saclay. In 2008 she won the Blondel medal, which rewards outstanding work in the field of science.