Decontaminating and treating waste from the steel industry

The manufacture of steel produces mineral residues called steel slags, which are stored in large quantities in slag dumps. These present a dual challenge. On the one hand, they are potentially harmful for the environment and health, and on the other hand they are a useful resource for certain industries. The HYPASS project at Mines Saint-Étienne aims to address both of these issues. Launched in 2018, it offers new solutions for extracting heavy metals and managing pollution from steel slag dumps.

During the steel manufacturing process, iron ore is heated to high temperatures. A lighter residue phase forms on the surface, like whey. When it has cooled, this artificial rock, the slag, is poured into slag dumps which can spread over several hectares.

In France, there are some 30 million tons of steel slag accumulated in dumps. This residue contains heavy metals that are a danger for health and the environment on a large scale because polluting particles can be transmitted through erosion. It is therefore important to limit the diffusion of these particles.

However, this slag can be used! There are a wide range of fields of application for steel slag today, including the production of concrete and cement, the glass industry, ceramics and even agriculture. Unfortunately, the presence of heavy metals in the slag can be a stumbling block because they can have a negative impact on the spaces where they are used. These metals, such as chrome, molybdenum or tungsten, each have different industrial uses. By efficiently and optimally extracting the heavy metals from the steel slag, these slag dumps could be decontaminated and new ways of reusing the materials could be developed.

To address these challenges, the HYPASS (HYdrometallurgy and Phyto Management Approaches for Steel Slag management) project, financed by the French National Research Agency and certified by AXELERA, a competitiveness cluster for the chemical and environmental sectors, was launched in 2018. It includes Mines Saint-Étienne.1 The HYPASS methodology has been implemented at the slag dump in Châteauneuf, in the Loire, which is listed as a member of the SAFIR (French Innovation and Research Sites) network. The project aims to develop an innovative technological approach to allow recovery of strategic metals from slag and, at the same time, a more environmentally-friendly management of steel slag dumps.

The first part of the project consists in extracting the heavy metals from the slag using hydrometallurgy. This technique extracts minerals using a solution during a process called leaching. “Hydrometallurgy dates from the early 20th century and was originally used on ores with a high metal content, such as gold extraction by cyanidation”, explains Fernando Pereira, a researcher on the HYPASS project at Mines Saint-Étienne. “However, over the last 30 years or so, hydrometallurgy has also been increasingly used for the treatment of waste which could be considered as low metal content ores.”

Although the first stages of the technique can sometimes differ, it generally involves physical pretreatment of the mineral matrix, dissolution of the metals in acid or alkaline reagents, high-temperature roasting and then purification and refining.

As part of the HYPASS project, the researchers from Mines Saint-Étienne, in association with the French Geological Survey (BRGM), have made several important adjustments in the laboratory to the stages in the hydrometallurgical extraction process. These adjustments had to take account of the efficiency of the techniques as well as their financial aspects, because some processes can prove to be particularly expensive when used at an industrial scale.

“The most expensive aspect isn’t the fact of using the different reagents during the leaching stage, but the preliminary grinding and roasting stages [heating to make the metal oxides more soluble] because they require large amounts of energy”, says Fernando Pereira. An important modification to the temperature adjustment during the roasting stage was therefore necessary to optimize the efficiency in relation to cost. Another original adjustment was made in the choice of reagents used to extract the metals. Usual methodologies are based on the use of acids to dissolve the ores, but this implies a non-selective extraction, meaning the different compounds are mixed in the extraction solution. The HYPASS methodology has developed the use of alkaline reagents that allow the specific extraction of strategic metals, thus facilitating their subsequent use as well as that of the mineral matrix.

Finalization of the phytostabilization method

The second part of the project consists in stabilizing the slag dump pollution by covering it with plants. However, it is very difficult to grow plants on slag dumps for a number of reasons: the soil of these sites is extremely alkaline, it has no organic matter and few essential elements for growth such as nitrogen and phosphorus. In addition, this soil has poor rainwater retention. It is also highly toxic, due in particular to the presence of a specific form of chromium, known as chromium VI, which is a known carcinogen.

Read more on I’MTech: When plants help us fight pollution

It is therefore a real challenge to grow plants in an environment as hostile as a slag dump. Mathieu Scattolin, in charge of the phytostabilisation part of the HYPASS project, has made important adjustments to the growing conditions of plants in these environments. “Experiments have shown that pH is a key factor for the success of implementing phytostabilization on slag heaps,” says Pereira.

When the soil is too alkaline, certain chemical elements that are important for plant growth (such as manganese, zinc and phosphorus) develop properties that make them less phytodisposable, meaning that less is transferred from the soil to the plant. On the other hand, toxic chemical elements, such as Chrome VI, tend to be assimilated more.

To resolve these difficulties, a species of fungus called Rhizophagus irregularis was inoculated with the plants. “Wherever we were in the slag dump, the inoculation of Rhizophagus Irregularis led to relatively fast colonization of the root systems”, says the researcher. This symbiosis notably allows the soil to be made less alkaline, thus increasing the phytodisposability of important elements and reducing that of chromium VI. The presence of this fungus in the soil also allowed the supply or organic matter and the increase of the water retention of the soils.

The perfection of the optimal growth conditions was tested in the laboratory and then in experimental sections of Châteauneuf slag dump, which led to a rapid colonization of the root systems. It also led to the launch of a new component in the HYPASS project.

A decision support tool is being developed to compare different scenarios for managing steel slag dumps. Fernando Pereira explains that “this tool will allow us to compare and choose management scenarios for steel slag based on criteria concerning environmental impact, financial costs and support for the ecosystem.” The design work is based on the principles of life cycle analysis (LCA) to allow the tool to provide an estimation of the global environmental impacts for each possible scenario.

In terms of hydrometallurgy, there are still a few phases of development in the laboratory. Kinetic monitoring is envisaged in order to minimize the leaching time of the metals. Metal oxide capture tests and solutions using microwave technology – to see if it is possible to get rid of the roasting stage, which is particularly energy-intensive – are also being developed. The phytostabilization part, on the other hand, seems to be finalized.

A European project is envisaged as a follow-up, including a scale-up and the development of more important laboratory trials. “This would be part of a Horizon Europe-type project” says the researcher, to give a broader perspective of the project.

1 Mines Saint-Étienne is part of the HYPASS project through the Environment, City, Society mixed research unit. 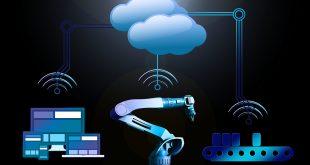 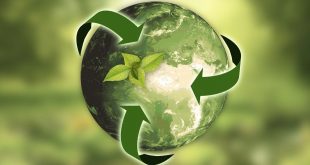 Economics – dive in, there is so much to discover! 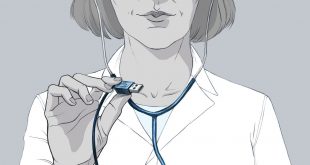 Speaking the language of health data to improve its use