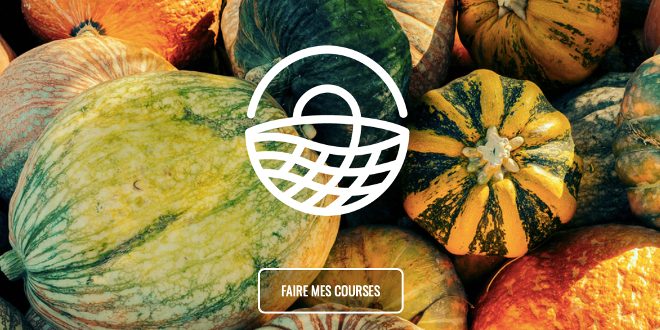 Another type of platform is possible: a cooperative approach

So-called collaborative platforms have been very popular since their appearance in the late 2000s. They are now heavily criticized, driving some of their users to take collective action. There is growing concern surrounding the use of personal data, but also the ethics of algorithms. Besides their technological functioning, the broader socio-economic model of these platforms is hotly debated. They are designed to generate value for their users by organizing peer-to-peer transactions. Some of the more dominant platforms charge high fees for their role as an intermediary. The platforms are also accused of dodging labor laws, with their high use of independent workers, practicing tax optimization or contributing to the growing commodification of our everyday lives.

From collaboration to cooperation

Though it is easy to criticize, creating alternatives is far more complicated. However, some initiatives are emerging. The international movement towards more cooperative platforms, launched in 2014 by Trebor Scholz at the New School in New York, promotes the creation of more ethical, fairer platforms. The idea is simple: why would platform users delegate intermediation to third-party companies which gain from the economic value of their exchanges when they could manage the platforms themselves?

The solution would be to adopt a cooperative model. In other words, to create platforms that are owned by their users and apply a democratic operating model, in which each co-owner has a voice, independent of their contribution of capital. In addition, an obligation to reinvest a proportion of the profit into the project, with no way of making a capital gain by selling shares, thus avoiding financial speculation.

Many experiments are underway around the world. For instance, Fairmondo, a German marketplace for fair trade products, allows users a share in the cooperative. Though not exhaustive, the list drawn up by the Platform Cooperativism Consortium gives an overview of the scope of the movement.

Although the creators of cooperative platforms are willing to create alternatives to a concentrated, or even oligopolistic platform economy in some sectors, they come up against many challenges, particularly in terms of governance, economic models and technological infrastructure.

Based on our work on action research in the French network of cooperative platforms, Plateformes en communs, and an analysis of various foreign cases, we have identified a number of characteristics and limitations of alternative platforms.

While they share a common opposition to major commercial platforms, there is no typical model for cooperative platforms, rather a multitude of experiments which are still in their early stages, with very different structures and modes of operation. Some were a natural progression from the movement against uberization, like Coopcycle, while others were created by digital entrepreneurs searching for meaning, or by modernized social and solidarity economy organizations (ESS).

There are many challenges for these cooperative platforms, which have high social and economic ambitions and do not have pre-defined futures. Here we will focus on three major challenges: finding long-lasting economic and financial models, uniting communities, mobilizing supporters and partners.

In a highly competitive context, there is no margin for error for alternative platforms. To attract users, they have to offer high-quality services, including an exhaustive offering, efficient contact, simple use, and attractive aesthetics. However, it is difficult for cooperative platforms to attract investors, as being cooperatives or associations, they are generally not particularly lucrative. In addition, some opt to open up their assets, allowing open access to their computer code, for instance.

But while the creators of alternative digital platforms are entrepreneurs, their economic models remain more of an iteration than a business plan. Many cooperative platforms, still in the developmental stages, rely primarily on voluntary work (made possible by external income: second jobs, personal savings, unemployment benefits, social welfare payments) which may run out if the platform does not manage to create salaries and/or attract new contributors.

The importance of creating a committed community to support the platform is primordial, both for its daily operations and its development, especially given that the economy of platforms relies on network effects: the more people or organizations a platform brings together, the more new ones it will also attract, as it will offer great opportunities to its users. It is therefore difficult for alternative platforms to penetrate sectors where there are already dominant actors.

Cooperative platforms try to differentiate themselves by creating communities which have input into the way the platform is run. Some, like Open Food France, specializing in local food distribution networks, have gone as far as broadening their community of cooperators to include public and private partners, and end consumers. This gives them a way to express their societal aspirations through their economic choices.

These cooperative platforms thus adopt an ecosystem-based approach, including all stakeholders that are naturally drawn to them. However, for the moment, user commitment remains low and project leaders are often overworked.

Stopping the movement being hijacked

Cooperative platforms are still in their youth, and struggle to gain the support they so desperately need. Financially speaking, their unstable models are insufficient in attracting public organizations and ESSs, which prefer to work with more stable, profitable commercial platforms. The other obstacle is political in nature. In the fight against uberization, cooperative platforms present themselves as alternatives, whereas for the time being, public authorities seem to favor social dialog with the dominant platforms.

Cooperative platforms are almost left to their own devices, compensating for the lack of support by trying to join forces though a peer network, such as the Platform Cooperativism Consortium on an international scale, or the Plateformes en Communs in France. By uniting together, cooperative platforms have managed to attract media attention, but also attention from one of their most symbolic “enemies”. In May 2018, the Platform Cooperativism Consortium announced that it had received a $1 million dollar grant from… the Google Foundation. A grant aimed essentially at supporting the creation of cooperative platforms in developing countries.

excellent development for all of us working to democratize the tech economy!

Naturally, the announcement created quite a stir in the movement, some people condemning a symbolically unacceptable contradiction, others expressing concern that the model might be appropriated by Google. In any case, this event highlights the lack of support for the movement, pushed into signing agreements which go against its very nature.

It therefore seems essential to the survival of cooperative platforms, and the general existence of alternatives to the platforms which are currently crushing the market, for public institutions and ESS structures to actively support developing projects. For example, through financing measures (especially venture capital), specialized support structures, commercial partnerships, equity participation, or even joint construction of platforms based on local needs. Without political input and innovation in practices, domination by global platforms without sharing seems inevitable.