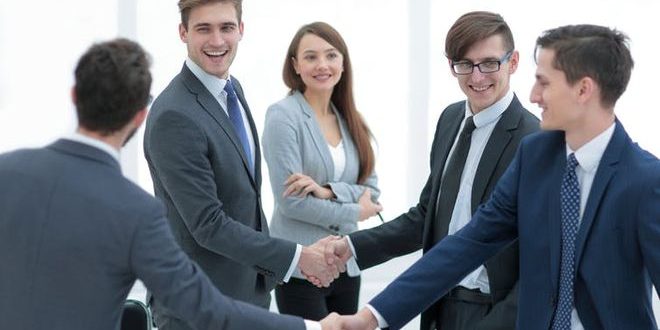 Coopetition between individuals can cause damage but it also offers many opportunities.

Coopetition is a concept used in the field of management science (especially in strategy), originally used to describe situations in which organizations (companies, clubs etc.) simultaneously cooperate and compete with one another, as paradoxical as that may seem. A recent article in The Conversation pointed to the potential role of coopetition in evolution, underscoring that it can be found in the animal kingdom (to explain the evolution of species) as much as in companies and organizations.

We would like to provide another perspective here by highlighting the fact that coopetition can be observed in relationships between individuals, which opens up a wide range of potential applications.

A variety of situations can be considered as examples of coopetition between individuals. In companies, for example, how many colleagues cooperate, while knowing that only one of them will become the boss in the event of a promotion? When he was serving as Minister of the Economy under François Hollande while secretly preparing to run for president, was Emmanuel Macron not in coopetition with the President of the Republic, since he had to cooperate with his rival?

Relationships between individuals are rarely archetypal (purely cooperative or purely competitive). They are often mixed, hybrid, simultaneously cooperative and competitive. Inter-individual coopetition is even a hiring technique in human resource management: some recruiters interview candidates by asking them to work together on a project only to select certain candidates to continue in the interview process.

Inter-individual coopetition can also be seen in the scientific world, where researchers often cooperate with others to carry out a study, while competing with one another in terms of career or prestige. Online, a number of platforms (for crowdsourcing ideas for example) seek to promote cooperation between users while making them compete with one another to identify “the best contributors,” for example. Coopetition also occurs in the world of sports. In football or cycling, athletes must sometimes cooperate to win, while competing to become the “star” of the game or race. In basketball, the famous Shaquille O’Neal–Kobe Bryant duo helped the Lakers win three consecutive titles between 1999 and 2003, despite the rivalry between the two players.

And the rivalry between these players continues today.

But coopetition is not a sort of interdependence reserved for the “ruthless” worlds of business, politics, research, competition for ideas or competitive sports. Consider the example of mushroom lovers. Many of them communicate on forums or social networks. In these virtual communities, members exchange advice (for example opinions about the toxicity of mushrooms) as well as important information about locations where highly-coveted mushrooms grow. While amateur and experienced mycologists collaborate to identify zones of interest, the information exchanged is intentionally vague. Members indicate their geographic area but rarely specify the slope, altitude and even less so the GPS coordinates! The information they share is enough to help others without “letting the mushrooms” out of the bag.

Coopetition, like cooperation and competition, appears to be an observable phenomenon in a wide range of social situations. It is not a new ideological ideal but rather a “forgotten” model for collective action. It is not unique to contemporary western societies either. Anthropologist Margaret Mead’s research showed that certain indigenous tribes are based on “varying” degrees of cooperation and competition.

Surprisingly, this possibility has received little research attention. As pointed out by Paul Chiambaretto and Anne-Sophie Fernandez or Julien Granata in The Conversation, this can be explained by a cultural approach, specific to the western world, anchored in philosophical views in which cooperation and competition are seen as opposites.

In social psychology – one major area for studies on cooperation and competition between individuals – Morton Deutsch’s research led to developing the theory of social interdependence in 1949, which is now considered to be the theory of reference on cooperation and competition between individuals. One of the assumptions of this structuralist theory is that mixed situations are common but are of little theoretical interest, since they will always be guided by a dominant mechanism (cooperation or competition).

Deutsch adds that these situations are, in any event, sub-optimal. As a result, studies on cooperation and competition in psychology have primarily adopted an either/or approach to cooperation and competition. Yet, the opposition assumed by Morton Deutsch has not been formally proven, and for many psychological researchers, this assumption should be challenged. Although this limitation was originally pointed out in the 1960s, several decades would go by before social sciences researchers started working on this topic, showing how coopetition between individuals differs from the two traditional models.

Emerging research on inter-individual coopetition focuses primarily on companies and virtual platforms, which have been studied in laboratory experiments. This research shows that coopetition between individuals boosts their creativity in a variety of contexts, whether in face-to-face or online situations. Far from being counterproductive, this duality has certain benefits.

Research carried out in companies shows that inter-individual coopetition does not hinder learning in teams. Although little is known about how this particular organizational method impacts individuals, it has been shown that employees do not all react to coopetition in the same way: some easily accept the situation in which they find themselves and know how to “play the game” with great skill, while others find it more difficult and ultimately “choose a side” – cooperate or compete. Inter-individual coopetition can also create tension and governance issues, which may be resolved in part through a new management style better suited to “coopetitive” teams.

The risks of inter-individual coopetition

Despite the level of enthusiasm for these little-studied situations, the risks of inter-individual coopetition must not be ignored. It raises some important questions:

In other words, the conditions for genuinely constructive, socially-positive coopetition must still be established, to ensure that it is not detrimental to individuals’ health or to group dynamics.

A radical change of perspective

Still, hybrid situations are common and in some cases they prove to be useful. For the philosopher Pierre Lévy, who evokes “competitive cooperation” and “cooperative competition”, inter-individual coopetition is even “the preferred way of organizing collective intelligence.” This promising new research area requires further studies in order to confirm the usefulness of coopetitive inter-individual systems by studying their benefits and potentially harmful effects in greater detail.

More fundamentally, the idea of coopetition between individuals proposes a radical change of perspective: competition is not the opposite of cooperation and these two types of interdependence can be combined. This sheds new light on how we function as individuals and in groups and suggests a more nuanced understanding of human relationships. It is exciting on an intellectual level and represents a potential source of innovation in fields such as management, education or digital technology.

The original version of this article (in French) was published on The Conversation and republished under a Creative Commons license. Read the original article.