Imagination: an architect and driving force of transitions

All technology starts with a vision, a tool created to meet one of society’s objectives. Its development path is formed by both human projections and the dynamics of the transformations it generates. It is therefore important to take the time to ask ourselves what we intended to do with digital technology and what we will do with it. We must also analyze the transformations this technology has already initiated in the digital transition and work to build the world of the tomorrow. In the book by Carine Dartiguepeyrou and Gilles Berhault entitled Un autre monde est possible – Lost in transitions?, Francis Jutand—Deputy President of IMT—raised the question of the role imagination plays in the current digital transition. He describes how important it is in defining our future. Upon the release of this book, I’MTech spoke with Francis Jutand to learn more. 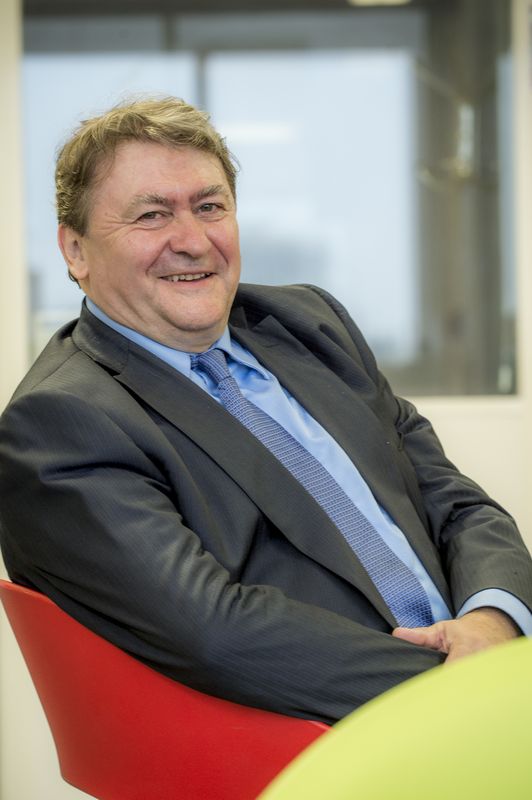 How can we study a transformation as profound as the one generated by digital technology?

Francis Jutand: This is a true metamorphosis, the fourth to occur in the history of humanity. A metamorphosis is characterized by an initial transformation period that is extremely fast and powerful, which can be referred to as the transition period. We do not often have the opportunity to study the conditions of a metamorphosis before the transition occurs, except in the case of artists and creators who sense its approach or foresight experts who suspect its coming. The work of foresight experts takes place during this transition period, or better yet, this “prenatal” period. Their work is aimed at analyzing, understanding and sharing their findings to influence the path of development and, above all, to contribute to designing the world of tomorrow. Every transformation has causes. This means there are also early signs of its development and the implementation of structures that will make it possible. The printing press, encyclopedia and the scientific development the 17th and 18th centuries all paved the way for the industrial transformation. Electronics, telecommunications, computer science, and media paved the way for the digital transformation that took place as they converged in 2000.

Why use imagination to study the digital transition?

FJ: It is impossible to master the dynamics of the transformation that is underway: before we even have time to see what will come of one innovation, others have emerged. This results in a divergence and a tipping point, which is more Lamarckian than Darwinian in nature. We simply know that all activities and individuals will be reached and transformed in the process. We are actors, but at the same time we are also subject to the forces working to operate this change. The question that arises is, how can we anticipate and act now to design and influence the world of tomorrow? This world of tomorrow is shaped by the ideas at the origin of the transformation as well as those that emerge as it progresses. It is in the convergence of these ideas that imagination can act as an architect and builder of this new world. The last transformation was industrial, and researchers like Pierre Musso at Télécom Paris have carefully analyzed that transformation and the role it played in structuring the industrial society and in creating infrastructures of communication networks, services and content on which the metamorphosis was built. When a transformation begins, imagination changes. Digital imagination cannot be regarded as a mere extension of industrial imagination.

Why is the industrial imagination insufficient in explaining the digital metamorphosis underway?

FJ: The industrial imagination is above all based on processes and rational models. This is the mentality that takes a complex problem and cuts it into smaller pieces, clearly defines the steps that must be taken to resolve them and creates an assembly design to make it all work. This relies on methods of design, description, fragmentation, task automation, deployment and monitoring, which are structured around successive phases: analysis, modeling, simulation, decision-making, implementation, feedback and adaptation. It is extremely effective, yet this type of imagination and methods have reached their limits and are now being exhausted due to the new complexities of digital technology. This is primarily because this process is slow: it takes years to carry out a large project, design infrastructures and large-scale information systems. Industrial imagination was successful for large systems: nuclear energy, aeronautics, space, transportation systems and many types of networks… Yet it cannot withstand the complexities and acceleration of the digital world. This form of imagination is based on rationality and efficiency that attempts to cut corners when it comes to involving humans, who are seen as cost factors. It therefore promotes automation to achieve performance, to the detriment of development. This approach has now reached its limit in the current context of new social and environmental issues and the expectations of new generations seeking to develop their individuality, rather than integrate a system. Our society must establish a new projection that will allow us to solve new problems. This is already being done and will continue to develop as we pursue a new form of imagination.

What characterizes this new digital imagination?

FJ: We need to understand that this imagination thrives on the one hand on the development of science and digital technology and, on the other hand, on the development of the consumer society that created this individuation phenomenon by emphasizing the value of personality and desires that must be expressed and satisfied. These changes fueled the phenomenon of individuation, which was accelerated by consumer society and further matured through the development of networks. The individual has therefore taken on an increasingly important role. The individual no longer exists as part of a community or class, but as an autonomous entity capable of becoming personally involved in an activity and defining and adopting his own positions. In this sense it shares a common point with the hippy and hacker movements—in terms of hacker ethics, despite this culture often being mistakenly viewed as mere attackers. At different points in the development of the digital imagination, these two groups took a stand to demand that individuals be taken into consideration, not as belonging to a consumer class, but based on their individualities that can work alone and in cooperation with others. This all led to the creation of an imagination combining sharing, instant and global communication. In short: the creation of cooperative networks of individuals.

Today, the digital imagination offers a vision of the world in which individuals can act, experiment, share, cooperate and, in so doing, explore multiple answers aimed at providing solutions to problems. This is the opensource and start-up spirit, which relies on collective synchronization based on common goals and values. It is a sort of inversion of architectures, organizations and decision-making methods. It also marks a transition from an automation and efficiency economy limiting the human factor, to a culture based on effectiveness and performativity relying on cooperative, associative and parallel exploration. This vision of progress relies on personal and collective experience. Finally, it is the power of a multitude of individuals searching for solutions through discussion and decision-making processes.

Does this form of imagination completely replace the industrial form that preceded it?

FJ: One form of imagination does not replace the previous one, it enriches it and adds new dimensions. Digital imagination governs new spaces and alters the industrial imagination, just like the industrial imagination transformed that of agriculture and traditional trades, which were also altered, but not destroyed. It is clear, however, that we can expect these new areas of human development taking shape through digital imagination to play an increasingly significant role in society. This form of imagination can go a long way, since it affects cognitive functions and permeates collective narratives. Science fiction, as both an artistic and projective activity, contributes to bringing the digital imagination into being and is playing a leading role in exploring the magnitude of the possible utopian and dystopian outcomes of digital technology.

Many works of science fiction are more dystopian. How would you explain this pessimism in the digital imagination?

FJ: The inner workings of society have always been reflected through, on the one hand, problems related to power, domination and money and, on the other hand, a spiritual dimension. The hubris, or excessive nature caused by this first aspect is not specific to the digital transformation. It can, however, lead to forms of pride or even perversity that could influence developments in digital technology. We therefore see positions of domination using digital tools—overthrowing democracy, privacy—and transhumanism advocating messianic hubris such as immortality. There is also a less conspicuous but real phenomenon taking place as new sources progressively deepen existing inequalities, as rural areas are neglected due to a focus on urban issues and even in the threat of deterritorialization. These kinds of developments can cause us to lose perspective and want to bail out, leaving behind the collective interests of the human project. Today, one of the ways we can control this type of hubris is to prioritize ecological and global concerns and focus on social justice.

If digital imagination is not sufficient in finding solutions to the challenges facing society, should we expect a new form of imagination to emerge?

FJ: In my opinion, within the context of digital society, the digital transition will lay the foundations for a new transformation: that of cognition, which will be partially based on powerful artificial intelligence, once it is developed. This is a form of co-development, a symbiotic relationship between humans and machines and the capacity of intermediated collective individuation. And what forms of technology will make all this possible? We do not yet know. What is more, this coming transformation might not even be physical. Transitions also alter beliefs, approaches to spirituality, social structures, the nature of wealth… For now, we can only observe that a new form of imagination linked to cognition is beginning to develop. What remains to be seen is whether this will be a completely new form of imagination, or an extension of the digital imagination we have been building on for a few decades now.