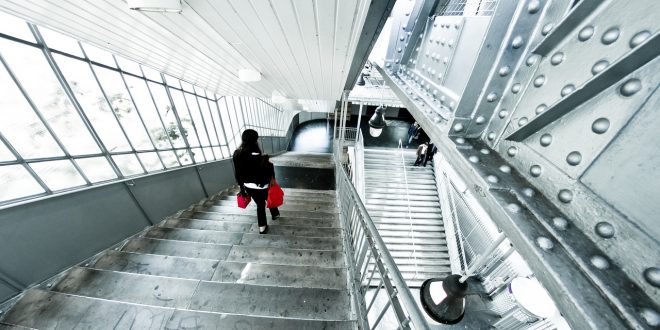 Data-mobility or the art of modeling travel patterns

The major rail workers’ strike in France on the spring of 2018 transformed French travel habits, especially in the Ile-de-France region. Vincent Gauthier, a researcher at Télécom SudParis, is working to understand the travel patterns in this region and around the world using mobile data.

The original version of this article (in French) was published on the Télécom SudParis website.

The French have a saying that reflects the daily routine of millions of Parisians: “métro-boulot-dodo” (metro-work-sleep).  While this seems to be the universal experience for Il-de-France residents, individual variations exist. Some individuals only use public transport via one of the two major networks, RATP or SNCF, but others prefer driving. There are also those who change from the metro to the RER train, or leave their car part way and take a train. All of this information can be found through mobile data analysis. Vincent Gauthier, associate research professor at Télécom SudParis, has become a specialist in the area.

Determining someone’s travel itinerary based on the mobile data provided by their operator is not an easy task. “A telephone only transmits its GPS position to applications that request it, such as Waze,” Vincent Gauthier explains. “The only knowledge an operator can use to establish a person’s geographic location is which mobile base stations they were connected to during their travels.”

The French telephone network, which is shared between different operators including Orange, SFR and Bouygues, forms an irregular grid pattern (see Fig. 3). The different relay or base stations provide a network connection based on clearly defined zones. When a person leaves a zone, they automatically enter another one, and their telephone connects to the new corresponding base station. The size of these zones varies in each region. In the Ile-de-France region, a large number of base stations are concentrated and clustered together in Paris, but there are much fewer in the Seine-et-Marne region.

The information produced from these connections only allows origin-destination matrices that are more or less detailed to be established. As an expert in the graphical representation of large volumes of data (Fig. 2), Vincent Gauthier wants to take this analysis a step further: “How does a person travel? Why? Where does the person live? How many other people take the same route? Answering these questions could help us optimize mobility options.”

To reproduce the exact route an individual takes based on this non-specific information, he has worked on a new method with another researcher from Télécom SudParis, Mounim El Yacoubi (ARMEDIA team–EPH department).

From optimizing transportation to geodemographics

“Mounim and I have patented a method for automatically processing routes, which allows us to determine what types of transport a person has taken during their journey,” Vincent Gauthier explains. Thanks to their “method for route estimation using mobile data”, the two researchers can superimpose the different transport networks over the information the operators receive from the base stations (Fig. 1). “To identify the most likely road or rail journey the users have taken based on their route, we must use a huge database including the locations of the base stations, train stations and the maps of the different transport networks.” They are currently working with Bouygues to develop route estimations in “near real time”.

In their work, the two researchers are drawing on previous socio-demographic studies they conducted in Milan and in Africa. “We participated in estimating population density in the Ivory Coast and Senegal,” explains Vincent Gauthier. “The goal was to provide socio-demographic data that was lacking in these countries, so that the United Nations could establish more reliable statistics.”

Vincent Gauthier’s work goes beyond simply modeling big data; his expertise leads us to rethink the geography of our regions: “By analyzing individuals’ routes and optimizing transport options accordingly, we could possibly divide the Ile-de-France region into more relevant sub-areas.”