Waste worth its weight in gold

For Ange Nzihou, waste is a valuable material. For over ten years, this researcher has been working on recovering waste to turn it into an important economic resource. However, his greatest scientific accomplishments have taken place outside the laboratories of IMT Mines Albi. Throughout his career, Ange Nzihou has done more than convert biomass into biofuels or manufacture catalysts using waste and different residues. By creating the global conference WasteEng and a journal dedicated to waste reuse, he has helped bring together an international scientific community with a shared interest in this theme of the future.

“I come from a country in Africa where everyone wants to work in the oil industry,” says Ange Nzihou, a researcher at IMT Mines Albi and director of its Rapsodee laboratory. Following this same path, he came to Toulouse in the early 1990s to begin a PhD thesis on the crystallization of gas hydrates—which he successfully completed. Everything was therefore in place for the young process engineering researcher to set out on a career in the oil industry. But research stories are, first and foremost, life stories. And events in Ange Nzihou’s life led him to abruptly reconsider the path he was about to embark on. “Since at that point I had not yet received French nationality I was basically an undocumented immigrant for a period of two years. It was during this difficult time that I developed the research project that I am still pursuing today, by analyzing what I saw around me and wondering what the future would be like.”

The future, as he imagined it, would be one in which the tons of waste and pollutants produced by humans could be recovered and turned into a valuable resource, at a time when only treatment seemed to interest the scientific community. “For me, it wasn’t so much treatment that was of interest, but rather giving treated products new properties and functions to increase their economic value,” he says. It was at IMT Mines Albi that he started turning this vision into concrete research. Through different projects, he developed processes for recovering a wide range of waste, from sludge from our rivers, to household waste or industrial waste.

But, Ange Nzihou admits, “my biggest accomplishment is not the patents or publications, but everything we’ve been able to create around this research.” Starting with WasteEng: a biennial international conference launched in 2005. “I thought about a hundred people would come,” recalls the researcher. As it turned out, more than 300 researchers and engineers took part in this first conference on the theme of waste and biomass valorization. “I knew there was a need for this sort of conference, but I underestimated just how great the need was,” he says.

Today, it has become the world’s leading event in this field. Every two years, more than 400 people from 50 different countries attend the event. For WasteEng’s creator, the fact that the community welcomes industry and institutions is one of the conference’s key strengths. “A quarter of the participants come from companies and government institutions, which is crucial since they’re the ones working in the field and really creating value.” Ange Nzihou also invites representatives from the European Commission to each edition of the conference to present trends and connect research to political decisions.

WasteEng, which will next be held in Prague in July 2018, is seen as a trailblazing event in its discipline.  The popularity of the conference reflects emerging concerns of societies around the world. Since waste recovery issues are not identical across the globe, the event’s international dimension is part of what makes it so valuable. “In France, we incinerate plastic that isn’t recyclable, but this simply cannot be done in Africa or other developing countries,” explains the researcher. “In those countries, they have to find a way to recycle it.”

Out of the many different topics covered at the conference, some are especially close to Ange Nzihou’s heart.  One such topic is producing energy from waste. “A lot of solutions today propose using biomass to generate energy. The problem is that this use competes with food and the availability of land to be cultivated. On the other hand, I really like the idea of using waste rather than biomass.”  (See text box 1) Another benefit the researcher cites is that this approach makes it possible to avoid environmental disasters like the one Malaysia experienced with the unchecked production of palm oil for energy purposes on land that could be used to produce food.

Pyrog: an example of energy recovery from waste

In 2015, the Pyrog project, supported by the ADEME’s Investments of the Future program, (PIA) was launched with the aim of recovering energy using solid recovered fuel (SRF). These residues group together all waste that is currently difficult to recycle. IMT Mines Albi and IMT Atlantique work on the project collaboration with two companies: Séché Environnement and ETIA. Using a pyrolysis process, the synthetic gas produced is used for urban district heating. This project, implemented on the Seché site in Mayenne, demonstrates the potential of recycling waste to produce energy locally, with a lower environmental impact.

Following WasteEng, Ange Nzihou went on to found a scientific journal with a review board dedicated to waste reuse issues, “Waste and biomass valorization.”  Launched in 2010 with the editor Springer, the journal was something of a gamble for the researcher. But it paid off, as it quickly became a success with the scientific community. Since 2010, the number of articles submitted to the journal has doubled every year. “It’s the first journal to focus on this theme,” says Ange Nzihou, who is editor-in-chief.

The journal is not the researcher’s only contribution to establishing a literary culture on the topic of waste recovery. He is also editor-in-chief of an encyclopedia being written on this subject. The work is intended to be a reference document for anyone who would like to know how to analyze, study, treat and convert waste and various residues. “We hope that it will be used by students as well as engineers, researchers and players in the economic world,” explains Ange Nzihou. In keeping with the international dimension of this research, he has brought together researchers from 17 countries to create the encyclopedia. It should be published in September 2018 and distributed in universities and libraries worldwide.

In all aspects of his work, Ange Nzihou has pursued his vision of a society that can better use its waste to support its needs. Since the beginning of his career, he has worked to take his questions and proposals outside of the laboratory by bringing together a global community with an increasingly urgent need for alternatives to fossil fuels. 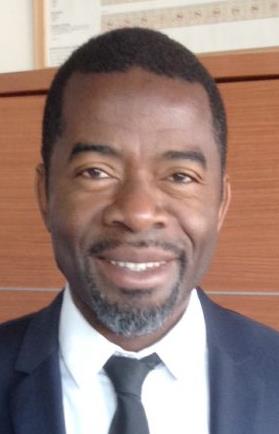 Since the beginning of this career, Ange Nzihou has always sought to anchor his research in an international context. The eleven PhD students in his team come from ten different countries. For the researcher, being open to exterior approaches is a guarantee of humility and of high-quality work. These different approaches allow him to question his ideas and develop new ones, by looking at how other societies are trying to use their waste. This research vision has led him to become a visiting professor at universities around the world: Princeton University in the USA, University College Dublin in Ireland and Zhejiang University in China. He also received the Progress and Innovation in Research award from the Chinese Academy of Sciences in 2015.
Partager