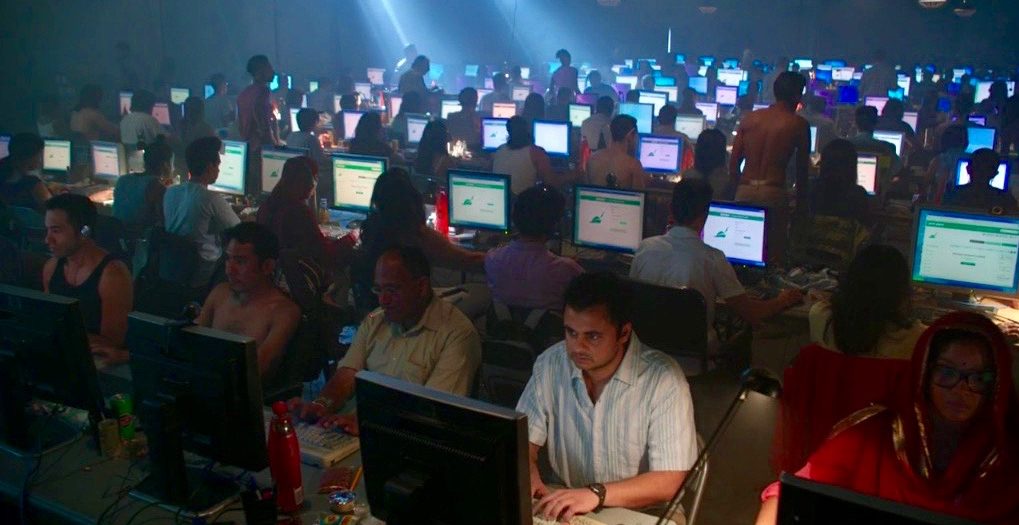 What is Digital Labor?

Are we all working for digital platforms? This is the question posed by a new field of research: digital labor. Web companies use personal data to create considerable value —but what do we get in return? Antonio Casilli, a researcher at Télécom ParisTech and a specialist in digital labor, will give a conference on this topic on June 10 at Futur en Seine in Paris. In the following interview he outlines the reasons for the unbalanced relationship between platforms and users and explains its consequences.

Antonio Casilli: First of all, digital labor is a relatively new field of research. It appeared in the late 2000s and explores new ways of creating value on digital platforms. It focuses on the emergence of a new way of working, which is “taskified” and “datafied.” We must define these words in order to understand them better. “Datafied,” because it involves producing data so that digital platforms can derive value. “Taskified,” because in order to produce data effectively, human activity must be standardized and reduced to its smallest unit. This leads to the fragmentation of complex knowledge as well as to the risks of deskilling and the breakdown of traditional jobs.

And who exactly performs this work in question?

AC: Micro-workers who are recruited via digital platforms. They are unskilled laborers, the click workers behind the API. But, since this is becoming a widespread practice, we could say anyone who works performs digital labor. And even anyone who is a consumer. Seen from this perspective, anyone who has a Facebook, Twitter, Amazon or YouTube account is a click worker. You and I produce content —videos, photos, comments —and the platforms are interested in the metadata hiding behind this content. Facebook isn’t interested in the content of the photos you take, for example. Instead, it is interested in where and when the photo was taken, what brand of camera was used. And you produce this data in a taskified manner since all it requires is clicking on a digital interface. This is a form of unpaid digital labor since you do not receive any financial compensation for your work. But it is work nonetheless: it is a source of value which is tracked, measured, evaluated and contractually defined by the terms of use of the platforms.

Is there digital labor which is not done for free?

AC: Yes, that is the other category included in digital labor: micro-paid work. People who are paid to click on interfaces all day long and perform very simple tasks. These crowdworkers are mainly located in India, the Philippines, or in developing countries where average wages are low. They receive a handful of cents for each click.

How do platforms benefit from this labor?

AC: It helps them make their algorithms perform better. Amazon, for example, has a micro-work service called Amazon Mechanical Turk, which is almost certainly the best-known micro-work platform in the world. Their algorithms for recommending purchases, for example, need to practice on large, high-quality databases in order to be effective. Crowdworkers are paid to sort, annotate and label images of products proposed by Amazon. They also extract textual information for customers, translate comments to improve additional purchase recommendations in other languages, write product descriptions etc.

I’ve cited Amazon but it is not the only example.  All the digital giants have micro-work services. Microsoft uses UHRS, Google has its EWOQ service etc. IBM’s artificial intelligence, Watson, which has been presented as one of its greatest successes in this field, relies on MightyAI. This company pays micro-workers to train Watson, and its motto is “Train data as a service.” Micro-workers help train visual recognition algorithms by indicating elements in images, such as the sky, clouds, mountains etc. This is a very widespread practice. We must not forget that behind all artificial intelligence, there are, first and foremost, human beings. And these human beings are, above all, workers whose rights and working conditions must be respected.

This form of digital labor is a little different from the kind I carry out because it involves more technical tasks.

AC:  No, quite the contrary. They perform simple tasks that do not require expert knowledge. Let’s be clear: work carried out by micro-workers and crowds of anonymous users via platforms is not the ‘noble’ work of IT experts, engineers, and hackers. Rather, this labor puts downward pressure on wages and working conditions for this portion of the workforce. The risk for digital engineers today is not being replaced by robots, but rather having their jobs outsourced to Kenya or Nigeria where they will be done by code micro-workers recruited by new companies like Andela, a start-up backed by Mark Zuckerberg. It must be understood that micro-work does not rely on a complex set of knowledge. Instead it can be described as: write a line, transcribe a word, enter a number, label an image. And above all, keep clicking away.

Can I detect the influence of these clicks as a user?

AC: Crowdworkers hired by genuine “click farms” can also be mobilized to watch videos, make comments or “like” something. This is often what happens during big advertising or political campaigns. Companies or parties have a budget and they delegate the digital campaign to a company, which in turn outsources it to a service provider. And the end result is two people in an office somewhere, stuck with the unattainable goal of getting one million users to engage with a tweet. Because this is impossible, they use their budget to pay crowdworkers to generate fake clicks. This is also how fake news spreads to such a great extent, backed by ill-intentioned firms who pay a fake audience. Incidentally, this is the focus of the Profane research project I am leading at Télelécom ParisTech with Benjamin Loveluck and other French and Belgian colleagues.

But don’t the platforms fight against these kinds of practices?

AC: Not only do they not fight against these practices, but they have incorporated them in their business models. Social media messages with a large number of likes or comments make other users more likely to interact and generate organic traffic, thereby consolidating the platform’s user base. On top of that, platforms also make use of these practices through subcontractor chains. When you carry out a sponsored campaign on Facebook or Twitter, you can define your target as clearly as you like, but you will always end up with clicks generated by micro-workers.

But if these crowdworkers are paid to like posts or make comments, doesn’t that raise questions about tasks carried out by traditional users?

AC: That is the crux of the issue. From the platform’s perspective, there is no difference between me and a click-worker paid by the micro-task. Both of our likes have the same financial significance. This is why we use the term digital labor to describe these two different scenarios. And it’s also the reason why Facebook is facing a class-action lawsuit filed with the Court of Justice of the European Union representing 25,000 users. They demand €500 per person for all the data they have produced. Google has also faced a claim for its Recaptcha, from users who sought to be re-classified as employees of the Mountain View firm. Recaptcha was a service which required users to confirm that they were not robots by identifying difficult-to-read words. The data collected was used to improve Google Books’ text recognition algorithms in order to digitize books. The claim was not successful, but it raised public awareness of the notion of digital labor. And most importantly, it was a wake-up call for Google, who quickly abandoned the Recaptcha system.

Could traditional users be paid for the data they provide?

AC: Since both micro-workers, who are paid a few cents for every click, and ordinary users perform the same sort of productive activity, this is a legitimate question to ask.  On June 1, Microsoft decided to reward Bing users with vouchers in order to convince them to use their search engine instead of Google. It is possible for a platform to have a negative price, meaning that it pays users to use the platform. The question is how to determine at what point this sort of practice is akin to a wage, and if the wage approach is both the best solution from a political viewpoint and the most socially viable. This is where we get into the classic questions posed by the sociology of labor. They can also relate to Uber drivers, who make a living from the application and whose data is used to train driverless cars. Intermediary bodies and public authorities have an important role to play in this context. There are initiatives, such as one led by the IG Metal union in Germany, which strive to gain recognition for micro-work and establish collective negotiations to assert the rights of clickworkers, and more generally, all platform workers.

On a broader level, we could ask what a digital platform really is.

AC: In my opinion, it would be better if we acknowledged the contractual nature of the relationship between a platform and its users. The general terms of use should be renamed “Contracts to use data and tasks provided by humans for commercial purposes,” if the aim is commercial. Because this is what all platforms have in common: extracting value from data and deciding who has the right to use it.