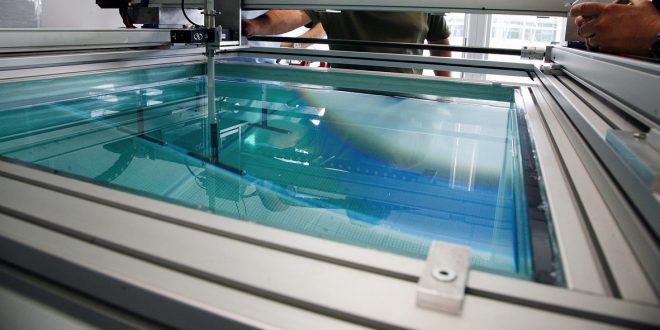 Intelligence incarnated, a bio-inspired approach in the field of robotics

Using nature as inspiration is certainly the oldest scientific approach and one that still has much to reveal. Bio-inspired robotics is a research topic at Mines Nantes that uses this process. It does not aim to simply mimic, but actually to understand the tricks nature has found to solve problems. Researcher Frédéric Boyer’s work is driven by such meticulous observation. He and his team develop various robots that do not need the use of computer calculations to obtain autonomy, and which explore their environment thanks to the characteristics of their bodies and new senses such as the electrical sense.

Locomotion: when morphology does away with calculation

Underwater robots for deep mining operations, humanoid robots for aiding elderly or dependent people, and drones the size of an insect for passing unnoticed all share the common task of having to reproduce complex human or animal behavior such as vision or locomotion, and to act fully autonomously even before displaying behavior that could be considered intelligent, such as decision-making. Research in artificial intelligence has long provided answers to these questions by allowing itself to be guided by two major lines of thinking: the symbolic paradigm represented by expert systems, based on rules and logic, and the subsymbolic paradigm represented by the neuron networks approach. However, observations of nature have revealed that the brain is not always absolutely necessary. For example, even when dead, a fish continues to extract energy from a series of whirlpools in order to move forward: a form of ‘passive swimming’ that has been modeled at Mines Nantes. Making robots perform complex behavior does not therefore always require computer calculations.

There are a large number of physicians in the robotics community, as Frédéric Boyer reminds us, himself a researcher and professor in robotics, and they do not especially look at the brain. “We try instead to reduce top-level cognitive problems to lowest-level solutions, those that are as closely bound as possible to the body”. This has the advantage of freeing the brain of tasks that it does not need to process, since the body is adapted to perception and action. “Bio-inspired robotics explores a new paradigm for unlocking autonomy by reconsidering intelligence as an attribute emerging from the interactions between the machine-animal’s body and its environment; it is intelligence incarnated, computational morphology.” In 2004 the team in which Frédéric Boyer works at IRCCyN (Institut de recherche en communication et cybernétique de Nantes) created an underwater machine that can move around like an eel in marine environments that are not easily accessible.

The researcher looks at locomotion problems in highly restricted environments, for example snakes in a tree or worms in a pipe. The resulting applications, currently few and far between, may concern maintenance in pipelines. Even more interesting is a gibbon-robot, an assembly of articulated arms ending in magnets, which swings majestically like a pendulum until it releases one of its grips, targeting a higher one, and thus climbs up a wall. The objective here is to propel the machine by sourcing part of the necessary energy from its surroundings, with the movement produced making the most of gravity which is conceived as a resource provided by the environment.

The bio-inspired process in three stages

Questions have long been asked about the flight of insects, which is theoretically impossible if we take reference from the flight birds or planes. Through close observation, it was eventually understood that the wing’s torsion as it beats supplies the additional lift required for flight. “Without this mechanism that uses morphology, it could never work” the roboticist explained. It has paved the way to the design of drones the size of insects, previously impossible.

“A technical barrier? Think bio-inspiration,” continues the researcher, giving the example of small, autonomous underwater robots dedicated to navigation in very awkward environments in rough waters. “Nature constitutes a wonderful library of inspiration”, he adds. The bio-inspired process occurs ‘naturally’ in three stages. Firstly, looking at nature and observing living matter with the aid of biologists; this observation phase can be carried out at face value, with no set objective because in nature there is still a lot to learn and to record. Next, functions are extracted from these observations. “We don’t copy, we understand. This phase is based on mathematics. It should not be confused with biomimicry,” the researcher stresses. It must be remembered that nature is not always optimized: it remains fairly redundant and precise copying could constitute a source of inefficiency. On the other hand, “nature has found simple tricks, and the mathematization of living matter allows these good ideas to be extracted”. The final step in the process entails implementing these tricks in technological devices that do not belong to nature. Such implementations are a bonus for the biologists who participated at the beginning and an advantage of these multi-disciplinary exchanges, often allowing them to understand their own field of research better.

As Frédéric Boyer explains, systematic exploration of nature within the framework of this approach, with no preconceived search for an application, should be encouraged. Indeed, it quickly becomes clear that “looking at an animal or plant, even the most humble animal that you might squash underfoot, can occupy the life of several researchers”, as the nature lover enthusiastically explains. The subject goes as far as the creation of new senses, such as the electrical sense known to be possessed by certain fish that emit electrical fields which are deformed when they come into contact with obstacles, which the fish then detect thanks to sensors on their skin. This observation was used to enable the robot named Angels, developed in a European project coordinated by Frédéric Boyer, to swim in the dark, its electrical sense giving it “a sort of immaterial body”. Although new and still little-explored, this field of research is proving of interest to industry players. The researcher and his team work with Areva on swimming in contaminated mud and snake-robots in pipes, and with CEA on remotely operated commands using electro-haptic feedback. They are also partners of a new H2020 European project called subCULTron (Submarine cultures perform long-term robotic exploration of unconventional environmental niches) whose aim is to create a bench of cooperative underwater robots with an electrical sense for monitoring the canals in Venice.

The next step: getting out into the air. The human body contrasts greatly with the air in terms of electrical fields. Research on the robot-eel and the electrical sense may create new and profitable forms of approach in terms of cooperation between robots and human beings. Frédéric Boyer concludes with an invitation to his fellow researchers who are aware of the importance of cross-disciplinary work: “bio-inspiration provides a systematic way of ‘shaking up’ your research”.

A Professor at Mines Nantes, Frédéric Boyer is passionate about biology. After completing a thesis in robotics at Paris Diderot University, he began by doing “mathematical calculations all day long in geometrical mechanics for high-distortion structures such as cables and soft robots”. He was then awarded his Accreditation to Lead Research and entered the field of bio-inspired robotics. He won the Michel Monpetit prize in 2006 from the Académie des Sciences for his work in dynamics. More recently, he and his team received the La Recherche 2014 prize in the category for technology, for their work on the electrical sense. These results motivate Frédéric Boyer to do research that is even more applicative, “combining my love of nature with my work”. His team collaborates with the other laboratories at Mines Nantes: Subatech (a joint research unit in nuclear technology) for sensors, and DSEE (Département Systèmes Énergétiques et Environnement) for fluid mechanics, as well as with several European laboratories..