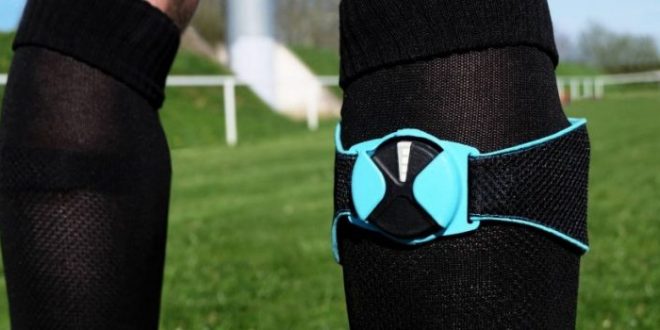 IoT: How to find your market? Footbar’s story

In the connected objects sector, the path to industrialization is rarely direct. Finding a market sometimes requires adapting the product, strategic repositioning, a little luck, or a combination of all three. Footbar is a striking example of how a startup can revise its original strategy to find customers while maintaining its initial vision. Sylvain Ract, one of the founders of the startup incubated at Télécom ParisTech, takes a look back at the story of his company.

Can you summarize the idea you had at the start of the Footbar project?

Sylvain Ract: My business partner and I wanted to make technology accessible to the entire soccer world. Professionals players have their statistics, but amateurs do not have much. The idea was to boost players’ enjoyment of the game by providing them with more information on their performance. My training in embedded systems at Télécom ParisTech was decisive in our choice to develop a connected object ourselves. This approach gave us more freedom than if we had started with an existing object, such as an activity tracker, and improved it with our own algorithms.

Where did you search for your first customers?

SR: When we started in 2015, we had a difficult time trying to sell our sensors to amateur clubs. The problem is, these organizations do not have much money. Outside of the professional level, clubs barely have the resources to purchase players’ jerseys and pay travel expenses. Another approach was to see the players as providing some of their own equipment; we could therefore directly target them as individuals. But mass-producing millions of sensors was too costly for a startup like ours.

How did you find your market?

SR: A little by chance. When we were just getting started we conducted a crowdfunding campaign. It was not successful because amateur players’ interest did not convert into financial contributions. This made us realize that the retail market was still immature. On the other hand, this campaign helped spread the word about our project. Later, the Foot à 5 Soccer Park network contacted us expressing interest in our sensors. The players who attend their centers are already used to an improved game experience since the matches are filmed. They were interested in going even further.

How did this meeting change things for you?

SR: The fact that Soccer Park films the players’ matches is a huge plus for us. This allowed us to create an enormous annotated database. We can also visually follow players who wear our device in their shin guards and clearly connect the facts observed during the game with the data from our devices’ accelerometers. We were therefore able to greatly improve our artificial intelligence algorithms. From a business perspective, we were able to expand our network to include other Foot à 5 centers in France and abroad, which gave us new perspectives.

What are your thoughts on this change of direction?

SR: Strangely enough, today we feel we are very much in line with our initial idea. Over the years we have changed our approach several times, whether from doubts or difficulties, but in the end, our current positioning is consistent with the idea of providing amateurs with this technology. We have a product that exists, customers who appreciate it and use it for enjoyment. What we are interested in is being involved in using digital technology to redefine how sports are experienced, in this case soccer. In the long-term, artificial intelligence will likely become increasingly prevalent in the competitive aspect, but the professional environment is not as big a market as one might think. Helping amateurs change the way they play is a challenge better suited to our startup.