What are turbo codes?

Turbo codes form the basis of mobile communications in 3G and 4G networks. Invented in 1991 by Claude Berrou, and published in 1993 with Alain Glavieux and Punya Thitimajshima, they have now become a reference point in the field of information and communication technologies. As Télécom Bretagne, birthplace of these “error-correcting codes”, prepares to host the 9th international symposium on turbo codes, let’s take a closer look at how these codes work and the important role they play in our daily lives.

What do error-correcting codes do?

In order for communication to take place, three things are needed: a sender, a receiver, and a channel. The most common example is that of a person who speaks, sending a signal to someone who is listening, by means of the air conveying the vibrations and forming the sound wave. Yet problems can quickly arise in this communication if other people are talking nearby – making noise.

To compensate for this difficulty, the speaker may decide to yell the message. But the speaker could also avoid shouting, by adding a number after each letter in the message, corresponding to the letter’s place in the alphabet. The listener receiving the information will then have redundant information for each part of the message — in this case, double the information. If noise alters the way a letter is transmitted, the number can help to identify it.

And what role do turbo codes play in this?

In the digital communications sector, there are several error-correcting codes, with varying levels of complexity. Typically, repeating the same message several times in binary code is a relatively safe bet, yet it is extremely costly in terms of bandwidth and energy consumption.

Turbo codes are a much more developed way of integrating information redundancy. They are based on the transmission of the initial message in three copies. The first copy is the raw, non-encoded information. The second is modified by encoding each bit of information using an algorithm shared by the coder and decoder. Finally, another version of the message is also encoded, but after modification (specifically, a permutation). In this third case, it is no longer the original message that is encoded and then sent, but rather a transformed version. These three versions are then decoded and compared in order to find the original message.

Where are turbo codes used?

In addition to being used to encode all our data in 3G and 4G networks, turbo codes are also used in many different fields. NASA uses them for its communication with space probes which have been built since 2003. The space community, which has to contend with many constraints on communication processes, is particularly fond of these codes, as ESA also uses them for many of its probes. But more generally, turbo codes represent a safe and efficient encoding technique in most communication technologies. 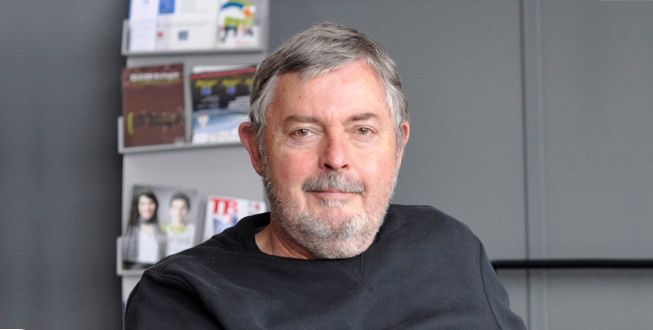 How have turbo codes become so successful?

In 1948, American engineer and mathematician Claude Shannon proposed a theorem stating that codes always exist that are capable of minimizing channel-related transmission errors, up to a certain level of disturbance. In other words, Shannon asserted that, despite the noise in a channel, the transmitter will always be able to transmit an item of information to the receiver, almost error-free, when using efficient codes.

The turbo codes developed by Claude Berrou in 1991 meet these requirements, and are close to the theoretical limit for information transmitted with an error rate close to zero. Therefore, they represent highly efficient error-correcting codes. His experimental results, which validated Shannon’s theory, earned Claude Berrou the Marconi Prize in 2005 – the highest scientific distinction in the field of communication sciences. His research earned him a permanent membership position in the French Academy of Sciences.

The international alphabet (or the NATO phonetic alphabet) is an error-correcting code. Every letter is in fact encoded as word beginning with that letter. Thus ‘N’ and ‘M’ become ‘November’ and ‘Mike’. This technique prevents much confusion, particularly in radio communications, which often involve noise.