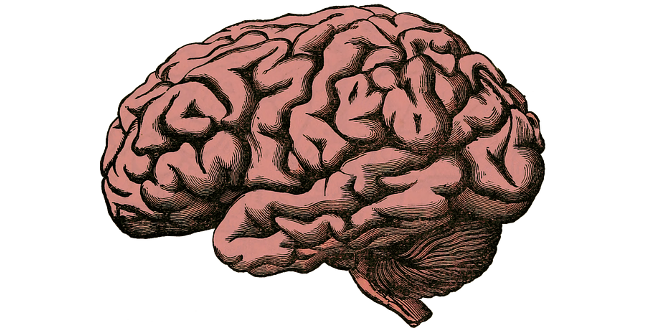 The brain: the mechanics of convolutions

Why do our brains have so many folds? The answer to this question is far from simple. In fact, the answer only came at the beginning of 2016, from a team of researchers including members from Harvard University and Télécom Bretagne. Unlike some of the theories previously proposed, this answer has nothing to do with genetics. The convolutions in our brains are caused by mechanical constraints. This work was published in the Nature Physics journal, and co-authored by François Rousseau, a researcher at Télécom Bretagne.

With its multiple convolutions, the strange structure of our brains fascinates some people and frightens others, but leaves few people indifferent. The fact that this convoluted shape is not common to all species only increases this fascination. While humans and several primates have a sinuous brain, this is not the case for rodents, which have a smooth cortex. The scientific community has been debating the origins of these convolutions for years. Some researchers believe it is the result of complex biochemical complexes. In 1975, researchers from Harvard University proposed another theory: the brain’s development into convolutions is the result of mechanical constraints that emerge during its growth. Forty years later, an international collaboration has just confirmed this second hypothesis. This work, involving researchers from the universities of Harvard, Jyväskylä (Finland), Aix-Marseille and Télécom Bretagne, was published in the Nature Physics journal in February 2016.

Work with an international scope

To prove the role of physical constraints in the development of folds, the scientists first developed mechanical models by growing shapes similar to that of the brain. The team from Harvard first published the observations from these experiments in 2014. “But the physical models developed up until now were simulations carried out on a type of sphere, and the physicists merely observed whether or not folds appeared,” explains François Rousseau, researcher at Télécom Bretagne, and co-author of the publication. It was precisely for this purpose of refining the model, and making it closer to reality, that French scientists joined the team. Between 2008 and 2013, François Rousseau participated in the European Research Council project (ERC) on fetal brain MRI. His skills in signal processing were then used to extract data from the images. “It is difficult to obtain a good image of the fetal brain, since the fetus may move during the examination for example,” the researcher mentions. After developing and applying algorithms to correct the movement on the MRI images, the fetal brain can be identified and isolated from the surrounding liquid. After this point, the data can be used as the basis for 3D modeling.

It was during this process that François Rousseau met Nadine Girard and Julien Lefèvre, the recent winner of the young researcher grant from the French National Research Agency (ANR) on the study of the brain during its development. When they discovered the 2014 publication on the work by Tuomas Tallinen, Jun Young Chung and Lakshminarayanan Mahadevan, they decided to join them, with the conviction that their work could benefit the project by improving the physical model used by the researchers from Harvard and Jyväskylä. The work on the extraction of shapes carried out on fetal MRIs at different stages of prenatal development enabled the scientists to better understand brain development during the gestation period. This is how the twenty-second week of pregnancy came to be identified as a pivotal period, since it is the moment at which the brain enters a rapid growth phase. From this moment and until adulthood, its volume increases twentyfold. However, this increase does not take place in a consistent manner. Over the same period, the cerebral cortex – the brain’s outer layer – therefore increases to thirty times the volume it occupied during the twenty-second week of pregnancy.

And, it was precisely this asynchronicity that was identified as the potential source of mechanical stresses leading to the formation of convolutions. But the researchers still needed to prove it. Using MRI imaging of the fetal brain at twenty-two weeks, the team 3D-printed a replica, which was then used to form a silicon mold. Using this, the physicists then created imitation brains out of a gel material, which were then covered with another gel that could swell by absorbing a solvent such as hexane. After being exposed to the solvent for sixteen minutes, the brain model developed convolutions and folds that greatly resembled those of real brains. In addition, the stages in the development of these shapes were similar to those observed via MRI imaging. According to the researchers, the gyrification — the process of forming the folds — “is initiated by the formation of linear grooves, which grow longer and branch out, establishing most of the patterns before birth.”

Although the results already supported the hypothesis presented in 1975, the researchers still wanted to improve on their simulations. This process has certain limitations. First of all, the observations reveal a notable asymmetry between the two hemispheres of the imitation brain. While perfect symmetry does not exist in a real human cortex either, the scientists noted that the two halves of the model “differ more than in real life”. Why is this? François Rousseau believes that this could be caused by “slight errors in the digital segmentation during the image processing stage, which may be amplified during the transition to the mechanical model and distort the simulation”. Secondly, due to the need to ensure the feasibility of the experiment, the researchers considered the growth of the cortex to be uniform, although they knew this was not the case. The model also omits the skull’s role in the development of the brain’s surface. Finally, the mechanical model is not yet able to attain a thirtyfold increase in its volume by absorbing the solvent, as the human brain does during its growth.

The researchers will seek to correct all of these details in the next stages of their work. And their exploration of this subject does not stop there. Beyond improvements to the model, the scientists want to take the simulations a step further, seeking to make the folding process take place in reverse order. This project could improve the detection and understanding of lissencephaly disorders – diseases caused by a genetic abnormality that results in a smooth cortex. “Using MRI imaging taken at a specific point-in-time, we would like to return to that point through simulation, to better understand how the changes occur in the folds’ structure,” explains François Rousseau.