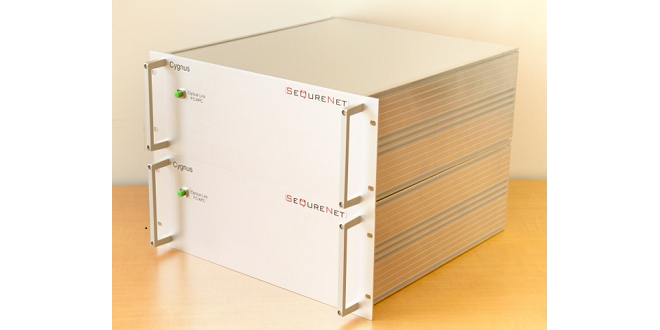 Cygnus, the QKD system developed and marketed by SeQureNet

Quantum physics opens up a variety of possibilities for radical new applications such as quantum cryptography, a discipline to which Romain Alléaume, researcher at the Institut Mines-Télécom, devotes his energy. Member of the Quantum Information team at Télécom ParisTech, the researcher uses specifically quantum properties of light to design and create systems allowing confidential data to be remotely transmitted. His most recent work addresses the security of these quantum devices as well as their compatibility with ‘traditional’ telecommunications networks.

Curiosity and amazement are what attract many people to the world of quantum physics. Romain Alléaume likewise was intrigued by these counterintuitive laws of nature, among them the principle of quantum superposition: “a quantum system may be in several different states at the same time”; the observer effect: “what is equally surprising is that the act of measuring a quantum object to find out what state it is in, changes that state”; as well as quantum entanglement, another special quantum feature: “it refers to correlations between quantum particles that prevent them from being described separately”. Researchers have taken advantage of these confusing properties and in the 1980s started to come up with a new way of processing data. But it has not been plain sailing, as the researcher explains: “one fundamental difficulty of designing a quantum computer stems from the fact that quantum data units, called ‘qubits’ must be able to interact with each other and be modified very quickly while remaining incredibly well protected from the outside environment.” But as paradoxical as it may seem, the quantum computer is not just a fanciful idea, since it actually exists experimentally, the largest to date being 14 qubits.

The benefits of the multidisciplinary environment at the Institut Mines-Télécom

Quantum data addresses a number of disciplines including physics, computer science and information theory. It requires the most advanced physics technology, such as that of cold atoms, superconductors and optics, and has mobilized numerous cutting-edge research teams. It was at Télécom ParisTech that Romain Alléaume began his research career setting up the ‘Quantum Information” team that has now grown in size, with four permanent researchers and around 15 members. “The Institut Mines-Télécom has played a critical role in establishing the team, notably through financial support and surface area allocation.” He recognizes that there are significant benefits to be had from working at the Institut Mines-Télécom: “there’s the multidisciplinary aspect (coding, discrete mathematics, physics, optics), a rich environment and an opening onto the market.” Such an environment has been made even more fertile since Romain Alléaume decided to set up his company, encouraged and advised by the school.

In 2008 he launched his industrial venture and co-founded SeQureNet, a startup company designing quantum cryptography systems. Better known by its acronym QKD (Quantum Key Distribution), quantum cryptography, usually using a fiber optic link, allows confidential information to be transmitted with significantly improved security compared to that of standard cryptography. The data is encoded into light, in the polarization of the photons for example. SeQureNet uses a technology called ‘continuous variable quantum cryptography’, the fruit of work at the Institut d’optique Graduate School and at Thales, and which is today developed at the Institut Mines-Télécom. This technology offers several important advantages: a detector system that provides efficient protection from interference and good compatibility with current infrastructures. Based simply on standard telecoms components, it does not require the use of specialised fibers.

SeQureNet, a company born in the laboratory

Founded in 2008, SeQureNet is an offshoot of the ‘quantum data’ team at the Institut Mines-Télécom which develops and markets innovative technology offering enhanced security for communication networks. Since 2012 SeQureNet has been marketing Cygnus, a QKD system that only uses standard components; with this system the company took part in the experimental demonstration that broke the world distance record for this technology: 80 km compared to 25 km previously. On 14th April 2013 this work was published online by the research journal Nature Photonics in an article entitled ‘Experimental demonstration of long-distance continuous-variable quantum key distribution’ by P. Jouguet, S. Kunz-Jacques, A. Leverrier, E. Diamanti and P. Grangier. Cygnus has already attracted the interest of the NICT (Japanese National Institute of Information and Communications Technology) in Japan, which has bought it. Two types of application are envisioned: academic and industrial R&D (deployment, networks and security) and the protection of infrastructures (defense and telecom operators), with the main advantage being QKD’s capacity to assure secure data exchanges over the long term. Learn more

The idea underpinning QKD is to use the observer effect to turn an apparent weakness into an asset. Anyone trying to ‘read’ the photon messenger would disturb its quantum state and introduce errors, thus making it impossible for a spy to get correspondents to share and use a key that they believe to to be secure but which has been intercepted. Another fundamental competitive edge is QKD’s long-term security, which standard cryptography cannot guarantee. For example, the security of RSA, the groundbreaking public-key cryptography algorithm invented by Rivest, Shamir and Adleman[1], relies upon a conjecture: the difficulty of factoring large numbers. But as Romain Alléaume suggests, “Nothing stops you recording everything today in the hope of cracking the code tomorrow!” With QKD, on the other hand, a key that is secure today will still be so in 20 years’ time. QKD’s intrinsic security has compelled the researcher to try and integrate it into networks. This is a challenge that he has been tackling since 2004 with the European project SECOQC, and which in 2008 led to the opening of the first European QKD network.

Today the team is working on improving QKD’s performance as well as on its integration into optical network infrastructures through collaboration between Télécom ParisTech and SeQureNet. But these are not the only objectives: the systems’ practical security is also an important issue, particularly for industrialization. “In the cryptography field you expect to be challenged, especially when you have to be compared to already existing systems which are subjected to very extensive certification tests.” It has been found that the physical systems of QKD may also contain flaws, and that they should therefore undergo preventative testing. Such a reversal has not escaped Romain Alléaume: “this calls into question exactly what QKD was so proud of: the universality and infallibility of its security. Part of my current work focuses on this point: looking at potential attacks and developing counter-measures in order to guarantee QKD’s security.” For this young discipline it is perhaps the price to be paid in the shift up to maturity. There is, however, a new approach based upon the notion of entanglement that guarantees quantum systems’ security to in spite of the imperfection of the hardware used. Entangled photon sources open up considerable research prospects not only in cryptography, but also for manufacturing ‘quantum repeaters’: an opportunity for the researcher and his team to conduct exciting new research! 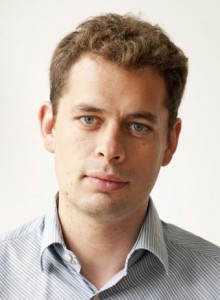 Romain Alléaume entered the École normale supérieure in Paris in 1998. In his final year, already interested in quantum cryptography, he began a thesis at ENS Cachan on single photon sources. Attracted by a career combining research and industry, he joined the Corps des Télécom in 2001 and took classes at Télécom ParisTech. In 2004 he defended his thesis, and since then has been a professor and researcher at Télécom ParisTech. His current research within the Institut Mines-Télécom addresses quantum cryptography, quantum networks and information theory. Additionally, he is the scientific advisor of SeQureNet, a start-up business of which he is one of the co-founders.

[1] RSA encryption (named after the initials of its three inventors Rivest, Shamir and Adleman) is an asymmetric cryptography algorithm calculated in 1977 and is frequently used in electronic commerce as well as, more generally, to exchange confidential data over the internet.
Partager